The British manufacturer's pair of all-new Vantage GTEs were slowest in class in qualifying for the French classic, with Alex Lynn's quickest lap of 3m52.486s in the #97 car almost five seconds off the pace set by Gianmaria Bruni in the polesitting Porsche.

Nicki Thiim's best lap in the rebuilt #95 car was another second slower, leaving it ahead of only four GTE Am class cars on the overall grid.

It follows a BoP change that gave Aston Martin a power boost after it lagged off the pace during the official test day earlier this month.

Aston boss John Gaw emphasised that the Vantage GTE was still suffering in a straight line compared to its rivals, and that it needs rulemakers the FIA and the Automobile Club de l'Ouest to "close some of the gap".

"We have some performance to find in the car in low-aero spec, and we are searching through the data to find that," admitted Gaw.

"We expected to be there or thereabouts, so clearly the competition has gone a lot faster, and I think we have to see if we can close the gap and we have to also trust the organisers to close some of the gap as well.

"I expect the organisers are looking at the scale of the gap right now. They want a race of 17 cars all within a second or a couple of seconds, and we've not got that right now. 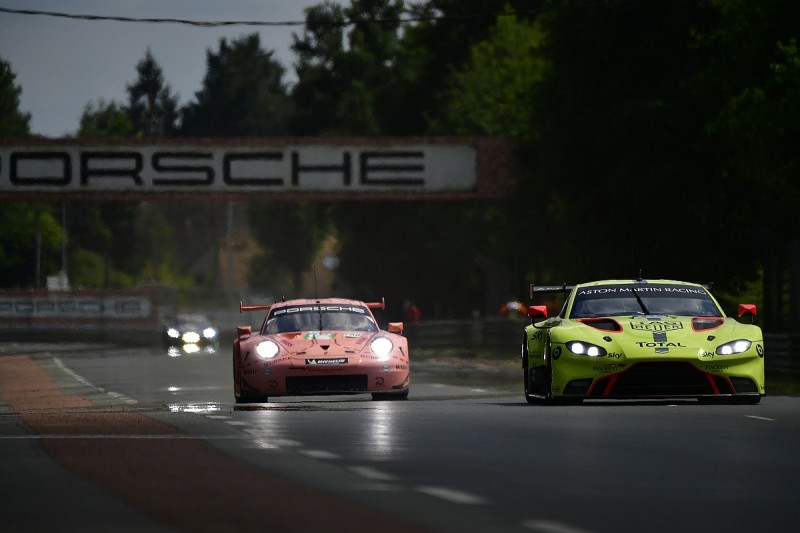 Asked what type of adjustment he expected, Gaw replied: "If you look at the boost tables, we're running similar boost to the Ford. You can see which is the more slippery car."

Porsche dominated qualifying, locking out the front row in the GTE Pro class with the two retro-liveried Manthey-run 911 RSRs.

Gaw hinted that the organisers would have to consider slowing the Porsche - which was untouched in the previous round of BoP changes - to keep the competition close.

"They [the organisers] didn't have the information they have now. They got some new information in qualifying."

Is the challenge of Le Mans being diminished?