Rebellion drivers Bruno Senna, Norman Nato and Gustavo Menezes overcame a per lap penalty of 1.36 seconds to secure pole position in the 8 Hours of Bahrain, comfortably outpacing the #5 Ginetta of Charlie Robertson, Ben Hanley and Jordan King that was pegged back by only 0.024s per lap.

The Swiss squad would have also been a strong contender for victory, had its race not been "destroyed" by contact from Robertson's Ginetta on the opening lap.

The #1 R-13 eventually finished third behind the two Toyotas after it suffered a gearbox issue - something Senna and Menezes traced down to the first-lap clash with Robertson.

Asked if Rebellion is now a serious threat in the championship fight, Toyota team director Rob Leupen told Autosport: "If they can continue like this they are.

"But they need to win some races and I would [have] expect[ed] them here [in Bahrain] to be bit stronger. At least they were as quick as us.

"They had their issues, which you need to sort it out. Also we had some problems in the race but they were not as dramatic as Rebellion encountered.

"So from that point of view, yes they are a threat. They are a competitor, they should be.

"And the regulations are made in the direction that they have to be. So look for some interesting races in Austin and after that Sebring and Spa and then Le Mans." 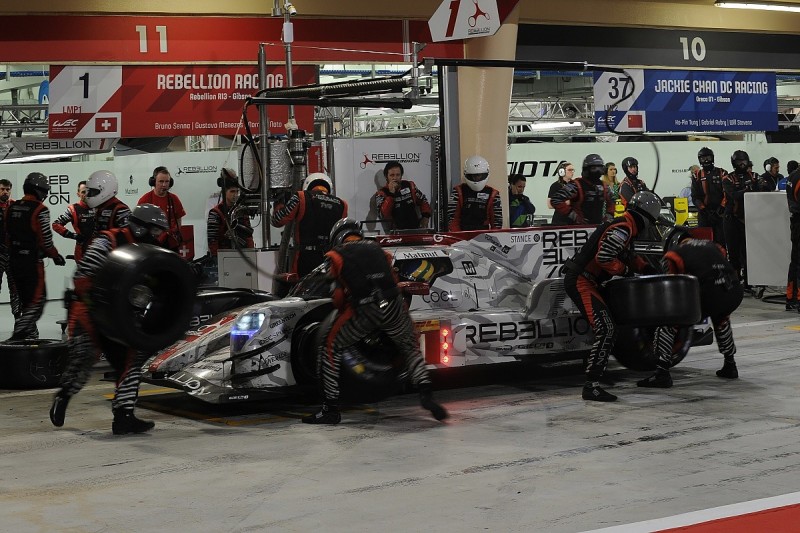 Following the fourth round of the season, the two TS050 Hybrids continue to sit at the head of the standings, with the championship-leading #7 car of Kamui Kobayashi, Mike Conway and Jose Maria Lopez now 30 points clear of the Rebellion.

This should mean that the Swiss squad will run with a lighter car at the next round in Austin in February, while the two Ginetta G60-LT-P1s should virtually be free of any success handicaps.

With the Toyotas set to carry an ever bigger penalty relative to its rivals, Leupen expects a much stronger challenge from Rebellion in the coming rounds, while also not ruling out a victory for Ginetta.

"This is the maximum [penalty] we could get, so yes," he said when asked if he expects Austin to be even tougher than Bahrain for the Japanese manufacturer.

"And it will obviously be a bit better for Rebellion in Austin and very, very good normally for Ginetta. But we'll see.

"We also expected here not to be winning. So we would have seen that it was more difficult for us, but in the end eight hours is a long race.

"Our car was extremely reliable and the driver line-up and team is very strong.

"So with that point of view we could win here, the others were not able to push.

"Same would be in Austin. We have to see. We will not be the quickest. Theoretically Ginetta should win at a certain time and then even in front of us.

"Okay, Austin is a six hour race which is a bit shorter than the eight hours here, maybe that something which could put them be successful."

"I think the championship will be decided in Le Mans."