The German manufacturer will field one of its regular World Endurance Championship entries in the same colours as the Rothmans Porsche 956 and 962C Group C cars that competed in the 24 Hours in 1982-'87.

The other Manthey-run WEC car will race at Le Mans on June 16/17 with the 'Pink Pig' colour scheme first run on the widebody Porsche 917/20 that took part in the French enduro in 1971.

The #91 GTE Pro class Porsche shared by Gianmaria Bruni, Richard Lietz and Frederic Makowiecki will run as the Rothmans look-a-like car, which includes the red-and-gold stripes of the original livery.

The #92 entry driven by Michael Christensen, Kevin Estre and Laurens Vanthoor will compete race in the 'Pink Pig' livery, which incorporates the names of the different cuts of pork on its flanks.

The other two factory cars, fielded by the CORE Autosport IMSA SportsCar Championship squad, will run in the regular Porsche livery used so far in both the North American series and the WEC. 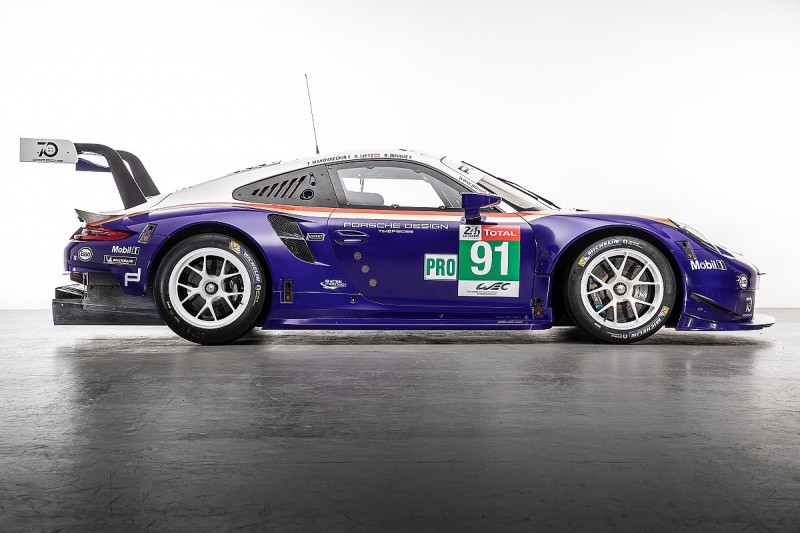 Porsche's GT racing boss, Frank-Steffen Walliser, said: "With these much-loved designs, we want to thank our loyal supporters who have cheered for us both on and off the track at every race, but particularly at Le Mans."

The inside of the garages from which the Manthey factory squad will run the full WEC entries have also been given a retro look for the Le Mans event, which kicks off with tomorrow's official test day.

The cladding has a brick effect to mimic the old pits that were in place between 1956 and 1990.

All four factory Porsches were scrutineered for the test in the regular 2018 colours before the WEC entries were re-liveried overnight.

The livery of the Rothmans cigarette brand became synonymous with Porsche's factory Group C entries in the 1980s.

The one-off 917/20 'Pink Pig' competed only at Le Mans, where it failed to finish with Reinhold Joest and Willi Kauhsen driving. 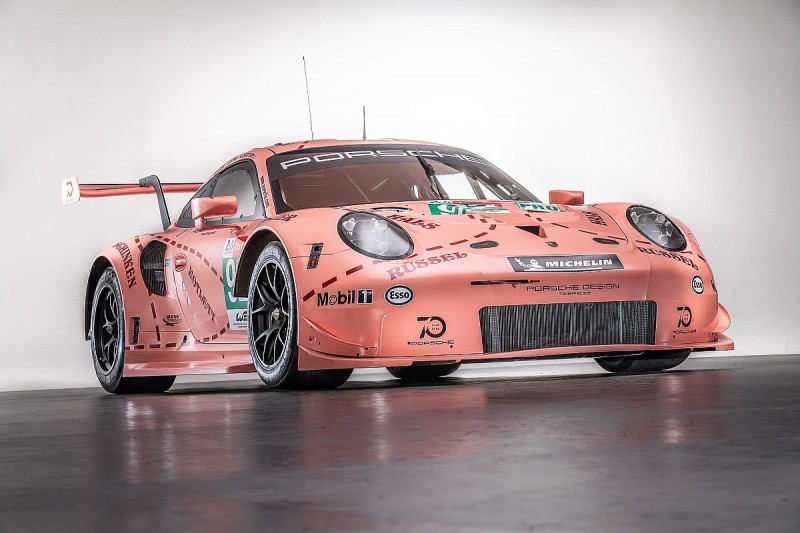