Ferdinand Piech, the architect of the double Le Mans-winning Porsche 917, has died suddenly at the age of 82

The Austrian's death on Sunday comes four years after he stood down as chairman of the Volkswagen Group supervisory board, bringing to an end a career at the highest levels of the automotive industry spanning six decades.

In that time he was development boss at Porsche with a remit for motorsport in the 1960s, turned Audi from a niche manufacturer to a mainstream marque in the 1970s and '80s, and and then transformed the fortunes of its parent company, VW, in the 1990s.

Piech conceived the Porsche 917 to exploit what was effectively a loophole created in the Group 4 GT sportscar rules.

The FIA's sporting arm, the Commission Sportive Internationale, lowered the homologation requirement from 50 to 25 cars for the 1969 season to allow machinery such as the Lola T70 to race on after a three-litre capacity limit had been imposed for prototypes.

Porsche's response hadn't been envisaged by the CSI: the German manufacturer developed a bespoke car in the 917 coupe to take advantage as it sought a first outright victory at the Le Mans 24 Hours.

The Porsche went on to claim victory at Le Mans in 1970 and '71, winning the World Championship for Makes in the same years.

Legislated out of the WCM for the 1972 season, open-top versions swept all before them in the North American Can-Am series in 1972 and '73.

The 917's dominance in two different arenas, as well as a starring role in the 1971 Steve McQueen film Le Mans, secured its place in history. 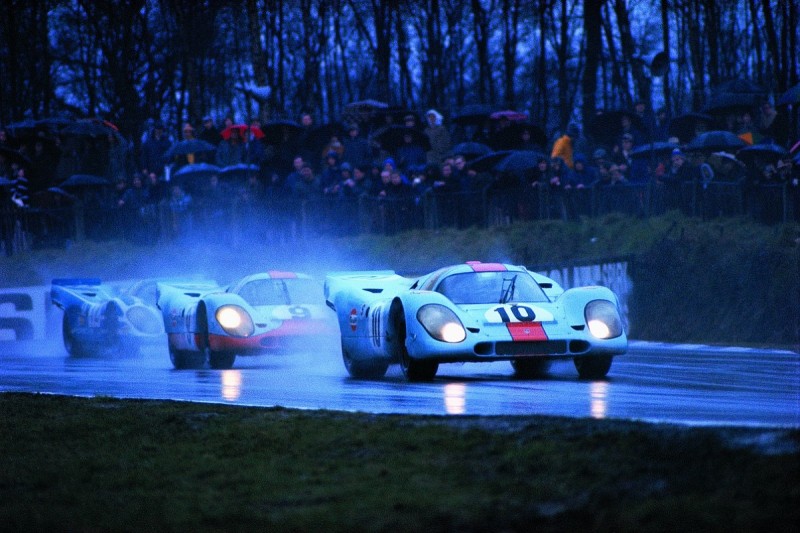 Piech was forced to leave the company founded by his grandfather, Ferdinand Porsche, in 1972 and moved to Audi the following year and quickly rose to board level as head of engineering.

He never lost his interest in motorsport, however.

He inspired the Audi Quattro, which went on to take a run of World Rally Championship titles from the start of the Group B era in 1982.

As chairman of Bentley following the takeover by VW that he inspired, Piech signed off the programme that took the marque back to Le Mans after an absence of 70 years in 2001 and ultimately won the race in '03.

The son of Ferdinand Porsche's daughter, Louise, Piech joined the family company in 1963 after studying engineering in Zurich and quickly become research and development boss.

He retired as VW chief executive in 2002, but retained power and influence as chairman of the supervisory board and was a key player in the manoeuvrings that resulted in Porsche being subsumed into the VW empire.

He is survived by his second wife Ursula.

Toyota hit with second weight penalty ahead of Silverstone WEC