Porsche described the first test of its 2017 LMP1 challenger in high-downforce configuration as "very positive".

The car, which incorporates a new nose and rear bodywork, completed 1800km (1119 miles) at Barcelona at the end of June with Timo Bernhard, Brendon Hartley and Earl Bamber driving.

"Our new high-downforce aero looks good; now it has to prove its performance on the racetrack.

"We feel well prepared for the six-hour race at the Nurburgring."

No photographs of the revised car have been released.

Porsche opted to contest the first two rounds of the WEC at Silverstone and Spa in April and May respectively with its low-downforce Le Mans aero package.

New rules for 2017 have limited each factory P1 team to just two aerodynamic configurations per season and Porsche chose to focus its resources on the Le Mans car ahead of the 24 Hours. 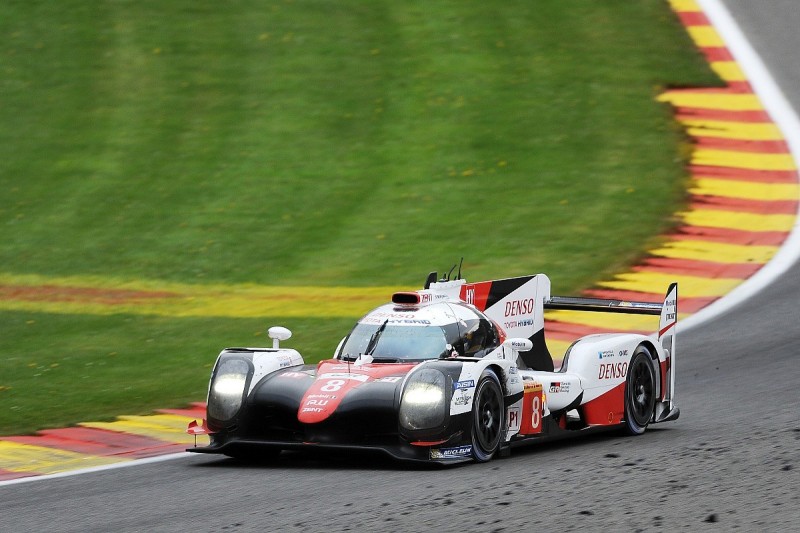 Toyota went for the opposite strategy and claimed back-to-back victories at Silverstone and Spa with the high-downforce version of its TS050 HYBRID.

Andre Lotterer, Nick Tandy and Neel Jani will get the first taste of the high-downforce 919 during free practice at the Nurburgring on Friday.

Victory for Bernhard, Hartley and Bamber in the double-points Le Mans WEC round has given them a 17-point lead in the drivers' championship over Toyota trio Sebastien Buemi, Anthony Davidson and Kazuki Nakajima.