McLaren Formula 1 driver Jenson Button has had no contact with Porsche about a drive in next year's World Endurance Championship, the German manufacturer has said

Porsche's LMP1 vice-president Fritz Enzinger stated that there had been no approach from Button or his management after rumours linking the Briton, who could lose his McLaren drive for 2015, with a WEC programme with the marque.

"I know Jenson from my time at BMW [Button began his F1 career in a BMW-engined Williams in 2000] and he is a good guy, but at the moment there is no contact," Engzinger told AUTOSPORT.

He revealed that Porsche would go into next season with an unchanged line-up in its two full-season entries in the WEC and that Mark Webber, Timo Bernhard, Brendon Hartley, Neel Jani, Romain Dumas and Marc Lieb were already all under contract for 2015. 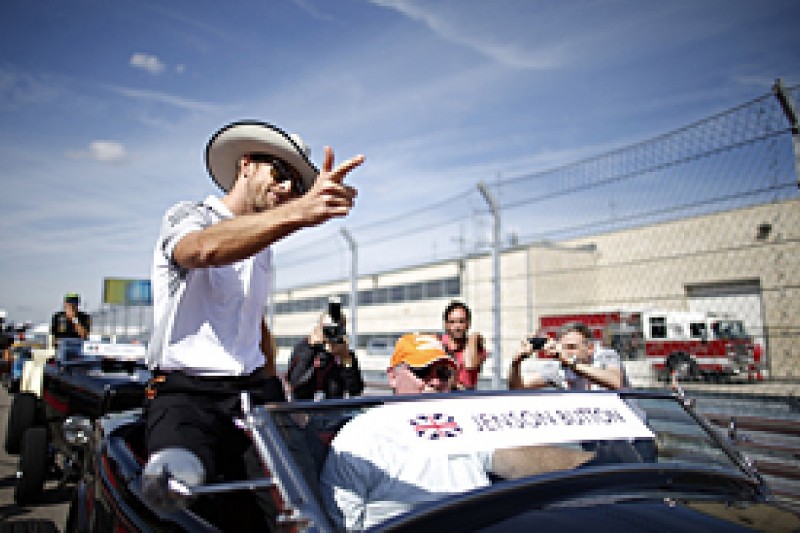 "We are happy with our six drivers and the atmosphere we have in the team, so we have confirmed their contracts for next season already," he said.

Should Porsche decide to run a third car at the Le Mans 24 Hours next year, the search for additional drivers will begin with members of its GT squad, five of whom have already tested the 919 Hybrid this autumn.

"We will decide on the third car in the next few weeks and the starting point will be our GT squad; two or three of them were really fast," Enzinger explained.

"After that, we have a lot of interest from outside."