Peugeot is planning to test at least once more with its 9X8 Le Mans Hypercar prior to the next round of the World Endurance Championship at Fuji in September.

The development programme for a car that made its WEC debut at Monza earlier this month encompasses “at least one, if not two tests before Fuji" ahead of the Japanese round of the championship on 11 September, according to Peugeot Sport LMH technical director Olivier Jansonnie.

“We are carrying on with our testing plan, carry on in the same rhythm as we have been doing so far with a test about every four weeks, so you only have to count the weeks,” he explained. “Development carries on.”

Peugeot is not restricted in the amount of testing it can do with the 9X8 because it is the debut season of the car.

Only in a manufacturer’s second season in LMH do restrictions come into force: a maximum of 20 car days is allowed.

The only restriction on a newcomer is that it cannot test on a circuit visited by the championship in the 30 days before a race at that venue.

Jansonnie explained that testing would be undertaken with the development car rather than the two chassis that raced at Monza. 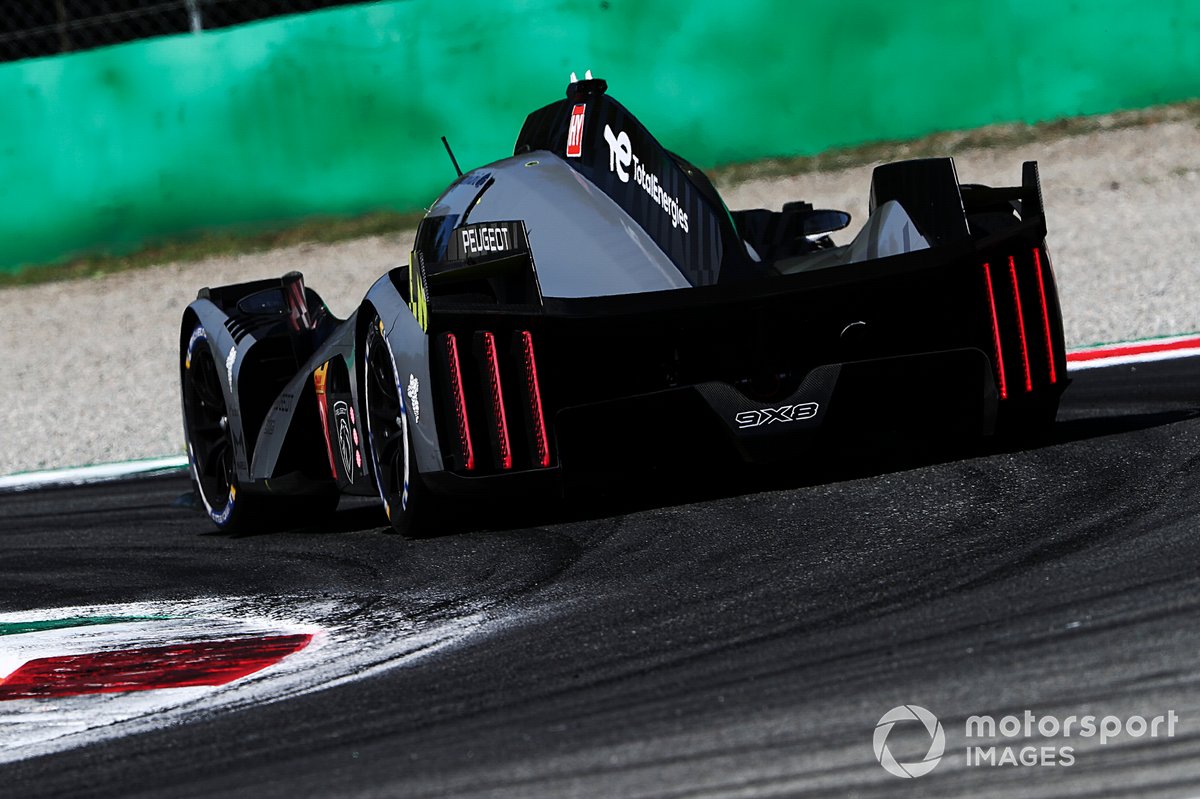 The test 9X8 amassed 15,000km of running between the first run at a proper race circuit at Aragon in January and the manufacturer's WEC debut at Monza.

The two race cars that ran for the first time at a shakedown ahead of Monza have remained in Europe.

They did not leave for Japan as part of the WEC’s sea freight package in the week after Monza and will instead be flown out for the Fuji 6 Hours.

Jansonnie explained that it was “important for us to be able to prepare those cars for Fuji” at Peugeot Sport headquarters at Satory near Paris rather than losing them for two months in transit.

The location for Peugeot’s pre-Fuji test or tests have not been revealed by Jansonnie in line with the manufacturer’s normal policy.

Testing of the 9X8 has so far taken place at Aragon, the Algarve circuit near Portimao, Paul Ricard, Barcelona and Magny-Cours.

Jansonnie added that the team knows there is “room for improvement” from its performance at Monza when one car retired and the other finished 25 laps in arrears of the race-winning Alpine.

“Hopefully we can solve the issues we had at Monza and probably we will find some new ones,” he said. “That is part of the game we are involved in, at least until the end of the year.”

Test and development driver James Rossiter looks certain to continue in the #94 entry alongside Loic Duval and Gustavo Menezes at Fuji.

The Briton stepped up to the race line-up after Kevin Magnussen opted to return to Formula 1 with Haas in March.