Hartley took over the Murphy ORECA-Nissan 03 in third place, but was able to chase down Natacha Gachnang in the Morand Morgan-Judd/BMW and Simon Dolan's Jota Zytek-Nissan to seal victory by six seconds at the end of the three-hour race.

Fourth place for the Alpine-liveried Signatech ORECA-Nissan was more than enough to give Pierre Ragues and Nelson Panciatici the 2013 ELMS title after its only real rival for the title, the TDS ORECA shared by Mathias Beche and Pierre Thiriet, hit problems.

Hartley revealed that the Murphy ORECA had been hampered by a braking problem for much of the race, which left him with no braking on the front right wheel.

"I drove it to the max over the first stint and then tried to bring it home," he said. "That is one of the toughest races I have ever driven."

Turvey and Dolan also had to overcome problems. They had a sticking throttle for three-quarters of the race.

Pole winner Oliver Turvey led through the first half of the race in the Jota Zytek, but the 30s advantage he gave to Dolan proved not to be enough.

Gachnang, who took over the Morand car from former grand prix driver Christian Klien, reeled in Dolan, while Hartley closed in on her.

The battle for the lead came to a head 27 laps before the finish when Hartley overtook the Morgan and the Nissan in the space of a lap. 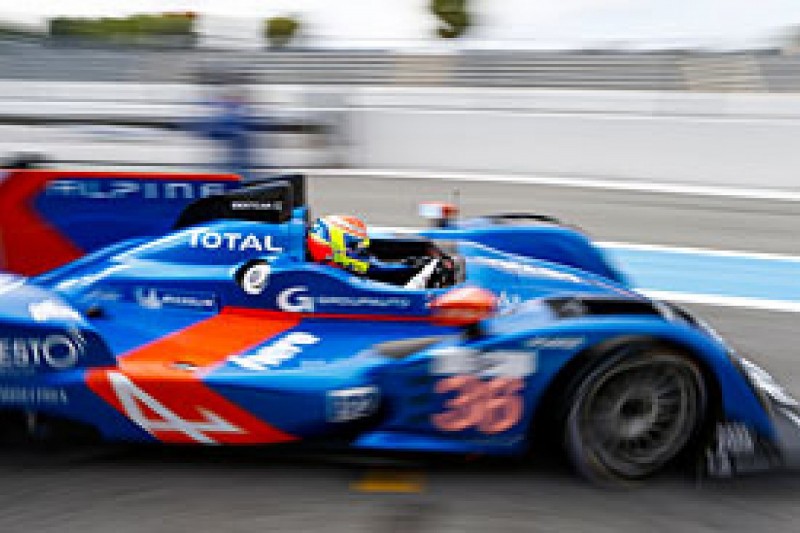 Gachnang spun as she looked for a way past Dolan with the loss of 12 seconds, but she was able to get back to second with a dozen laps left to run.

The Ram Racing duo of Matt Griffin and Johnny Mowlem took a third GTE victory in their Ferrari 458 Italia to seal the class title.

Griffin paid testament to the efforts of a team that was only set up for the 2013 season.

"For the outside it might look easy, but a lot of work has gone into this," he said.

"It is a complete joy to drive the car every time you get in, because you know it is going to be 100 percent."

Honours in the LMPC one-make prototype class went to Anthony Pons and Soheil Ayari, but it wasn't enough to prevent Team Endurance team-mates Paul-Loup Chatin and Gary Hirsch from taking the title with a distant second place after a problem restarting the car.

The Franco-Russian SMP Racing squad of Kirill Ladygin, Viktor Shaitar and Fabio Babini maintained its 100 per cent record in the GTC class for GT3 machinery since joining the series at round two in Imola to clinch the class title.