ORECA's LMP1 design will have little carryover from LMP2 contender

ORECA technical director David Floury revealed on the announcement of the continuation of its relationship with Rebellion Racing that little save for the monocoque will be carried over from its successful 07 LMP2 design.

"The concept will be very different from everything we have produced so far," he told Autosport.

"The monocoque is the same, but most of the parts will be very different from the LMP2."

He explained that the compressed timescale for the new car, which will be raced in the 2018/19 WEC superseason by a roster of drivers including Andre Lotterer, Neel Jani and Bruno Senna, meant it was not possible to "develop, build and homologate a completely new monocoque".

The ORECA 07 monocoque has its roots in the tub around which the Rebellion R-One LMP1 was built for the 2014 season, which means it is suitable for a class that has a 100kg lower minimum weight limit than LMP2 (pictured below). 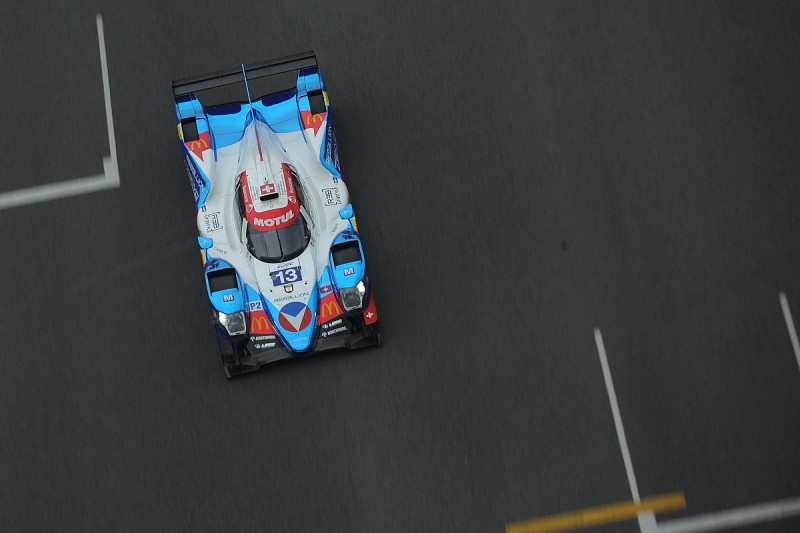 Dallara, on the other hand, has built a new monocoque for the BR Engineering BR1 design rather than using the tub from its P217 LMP2 contender.

The design of the R13 is nearing completion, according to Floury.

"The project started in September, so we only have seven months for design and production," he said.

"The design phase is almost complete; some elements are already being built by suppliers.

"Every time we get involved in such a tight schedule, I think we should never do that again in the future.

"Rebellion was desperate to participate in LMP1 - and we love such challenges!"

The new car, which Floury confirmed will be powered by the 4.5-litre normally-aspirated Gibson GL458 engine, is unlikely to hit the track until a few days before the official pre-season WEC test at Paul Ricard at the beginning of April.

The Rebellion R13 is scheduled to be unveiled at the Geneva motor show at the start of next month.

Rebellion partners with ORECA for LMP1 return in WEC