The 25-year-old, who finished third in last year's Formula 2 standings, is the first driver to be named for the team's WEC assault with a Ginetta-Mecachrome G60-LT-P1 (pictured below) entered under the CEFC TRSM Racing banner.

Rowland, the 2011 McLaren Autosport BRDC Award winner and '15 Formula Renault 3.5 champion, said: "I am very excited to be joining TRSM for LMP1 in the WEC.

"Endurance racing is a new experience for me and it will create a fresh challenge, but I am really looking forward to working with the team and driving such an amazing car. 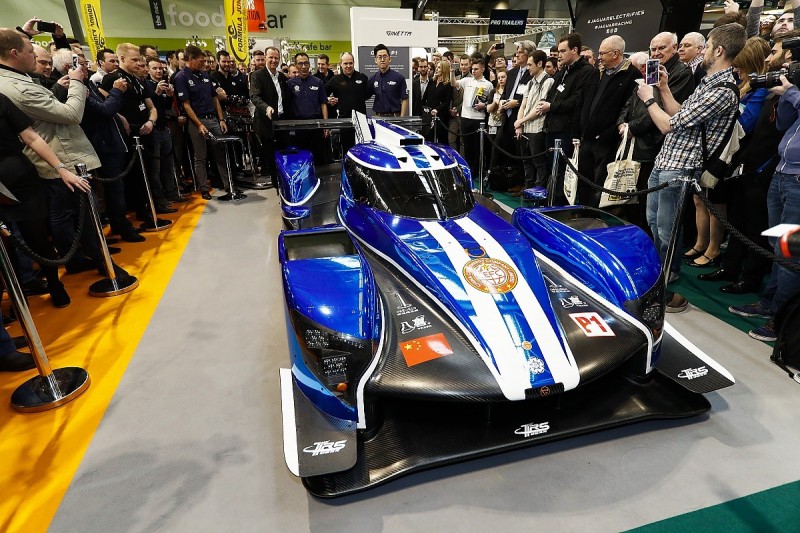 "Competing in the Le Mans 24 Hours is extremely exciting and it's something that I've always wanted to race in.

"I can't wait to get started with the team to ensure we get the best out of the package and moving forward seeing if we can challenge for some fantastic results in the championship."

Manor sporting director Graeme Lowdon explained that the team had been following Rowland's career for some time and was "very impressed with his performances".

"Although this will be his first season in sportscars, we have every confidence that he will adapt to LMP1 very quickly," he added.

A second driver will be announced when the official WEC entry list is revealed in Paris on Friday afternoon.

The publication of the entry list will also confirm that Manor's Ginetta will be running the Mecachrome turbo V6 around which the G60 has been designed.

Manor is expanding into LMP1 as a privateer after two years in the WEC in the LMP2 ranks.

The team has stated its intention to also remain in LMP2 and is expected to be on the WEC entry list in the secondary prototype class.