Nico Muller will take the vacant seat at the Peugeot Le Mans Hypercar squad for the 2023 World Endurance Championship season.

The 30-year-old Swiss was announced by Peugeot on Thursday for its WEC programme with the 9X8 LMH in the wake of the confirmation of his departure from Audi after nine seasons on Wednesday.

The Swiss has effectively filled the berth in the two-car squad of 9X8s that has remained vacant since Kevin Magnussen opted to return to Formula 1 with the Haas team back in March.

The official statement from Peugeot Sport explained that he will begin work on the test and development of the 9X8 this year, but Muller didn’t rule out joining the race line-up for this year’s WEC finale at Bahrain in November.

Muller stated that his desire to compete for overall honours at the Le Mans 24 Hours explained his decision to leave Audi, which axed its return to top-line sportscar racing with a new LMDh prototype early this year, and to subsequently join Peugeot.

“My dream has been to compete at Le Mans for the overall win for many years and once the contact came up with Peugeot and I started to get to know the people a bit better, I understood the company is committed to do well and win that thing,” said Muller, who has raced for the Vector Sport LMP2 team in the WEC this year alongside his Audi commitments.

“I was immediately interested and motivated to join that team, and when the opportunity came up, I wasn’t hesitating for very long.”

Muller explained that contact with Peugeot was made “about three months ago” and that he had also been talking to other manufacturers that will be involved in top-line sportscar racing next year when it became clear that Audi would not be pushing on with its LMDh programme.

“It kind of started off with the uncertainty about Audi’s LMDh project to be honest,” he said.

“My mid to long-term goal was to go to Le Mans and the original plan was to do it with Audi and I kind of committed to that.

“Once it became clear that that plan wasn’t as watertight as I had hoped it was, I opened my ears and started to look left and right.” 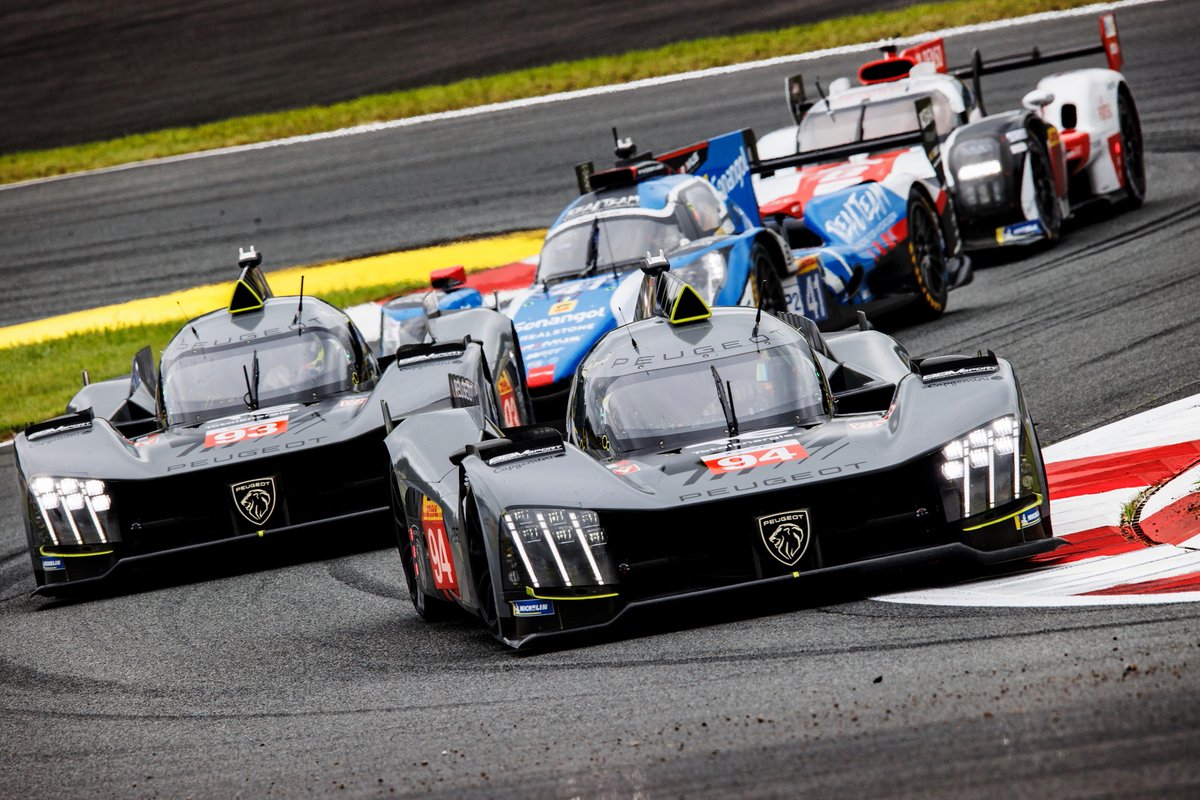 Muller said he quickly came to a “common understanding” with Audi and that they were “splitting as friends without any hard feelings”.

“He has driven an LMP2 prototype this year and demonstrated the sort of speed and consistency that Team Peugeot TotalEnergies looks for from its drivers,” he said.

Peugeots statement on Tuesday confirmed that James Rossiter, who has raced the #94 Peugeot entry at the Monza and Fuji WEC rounds with Loic Duval and Gustavo Menezes, will continue next year in the reserve, test and simulator role for which he was announced in 2021.

Muller said he and Peugeot were still in the “planning phase” as to when he would get behind the wheel of the 9X8 for the first time and whether that could include a race outing at Bahrain.

He explained that he has permission from Audi to drive the Peugeot this year.

Peugeot has outlined plans to test at least once between last weekend’s Fuji round and the Bahrain season finale.

Muller, who will also race with Abt in Formula E next season, said he was confident that the FIA would avoid clashes between the two world championships.