World Endurance champion Neel Jani was at the wheel of a modified 919 Hybrid 'Evo' on Monday, and recorded a lap of 1m41.770s around the Belgian Grand Prix venue.

That compares to Hamilton's 2017 F1 pole time of 1m42.553s, which is the official fastest time set by a car around the current 4.352-mile configuration.

Porsche is embarking on a 'world tour' with is now-retired LMP1 car this year following its withdrawal from the WEC's top division, and has made numerous changes to the 919 in a bid to demonstrate what the car is capable of free of its usual restrictions.

"This additional success is the result of the LMP team's hard work and a proud day for the engineers," said Porsche LMP1 boss Andreas Seidl.

"One can only congratulate Neel and the entire crew for achieving it.

"All six 2017 LMP1 drivers contributed to the project. It was our target to show the Porsche 919 Hybrid's abilities when we ease the restrictions that came from the WEC regulations."

Among the changes made to the 919 Evo are an enlarged front diffuser and rear wing, the addition of DRS at the front and rear, and considerably more power.

Jani registered a top speed of 223mph thanks to the 2.0-litre V4 engine being tuned to produce around 720bhp - compared to the 500bhp it had previously under restrictive LMP1 fuel flow regulations.

The hybrid system was also tweaked to deliver an additional 40bhp compared to the 2017 version. 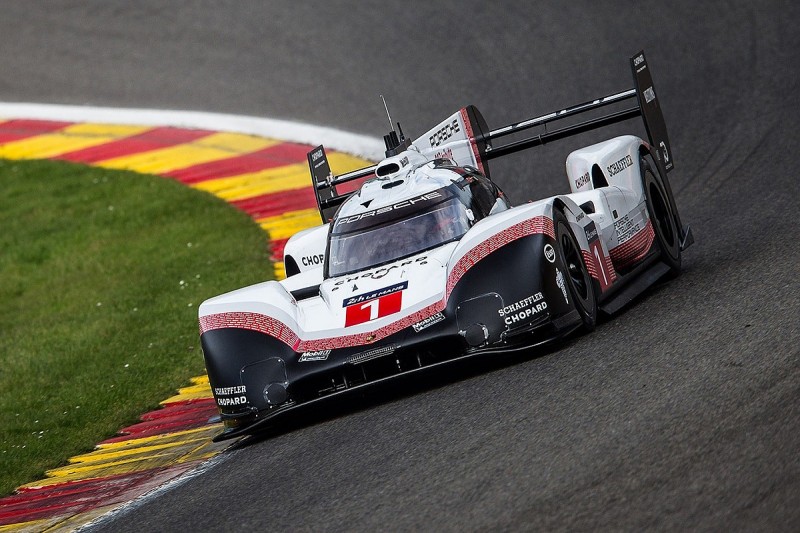 "The 919 Evo is brutally impressive," said Jani. "It is definitely the fastest car I ever drove.

"The grip level is at a fully new dimension for me, I couldn't imagine this amount beforehand.

"The speed on which everything happens on a single lap with the 919 Evo is that fast that the demand on reaction speed is very different to what I was used to in the WEC.

"We are not only faster than the F1 pole from 2017. Today's lap was 12 seconds faster compared to our WEC pole position from last year."

The 919 Evo will next be in action ahead of the Nurburgring 24 Hours in May, with further runs planned at the Goodwood Festival of Speed in July, at Brands Hatch in September and at Laguna Seca in October.