McLaren WEC hypercar decision will be part of five-year plan

The firm's racing boss Zak Brown has revealed that a move into the hypercar concept class confirmed for the 2020/21 WEC on Friday at Le Mans remains under evaluation.

He said it is "in the mix" together with continuing the IndyCar programme and an appraisal of the next generation of Daytona Prototype international to be raced in the IMSA SportsCar Championship.

"I'm going to present a kind of five-year plan later this year on my vision and proposal to the board of where I think McLaren should go for the next five to 10 years," said Brown.

"What I don't want to do is make any decisions on any one programme: I want to take a holistic view, and then you almost reverse engineer what makes sense, when and if."

But Brown stressed that it was not an either/or decision between entering the WEC and continuing in IndyCars.

"They serve different purposes: one is about the North American marketplace, one is about our automotive business," he said. 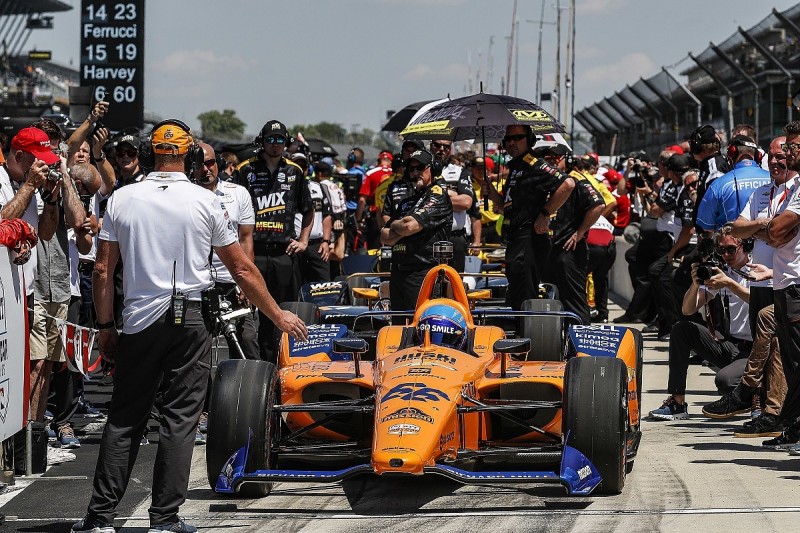 He added that McLaren was "fully engaged" in the discussions about the next generation of DPi car that will come on stream for the 2022.

Brown said that McLaren was "wrapping up" a post mortem on its failure to qualify for last month's Indianapolis 500 with Fernando Alonso and had "a good sense of what we did wrong".

The review also includes Formula 1 and Brown stated that the budget cap due to be introduced in grand prix racing for the 2021 season represents "opportune timing" when it comes to deciding on a WEC programme.

"It is positive that these dynamics are going on in F1 at the same time as we are considering WEC," he explained.

He said that McLaren is "pleased with the direction" the rules for the top class of the WEC have taken, but stressed that an entry would not be possible before the 2021/22 season.

Brown confirmed that McLaren was leaning towards racing a road-based hypercar like Aston Martin rather than building a lookalike prototype like Toyota.

"We want to race what we sell, and use racing series as a technology platform for our automotive business," he said.

"For those reasons and the authenticity of racing what we sell, while we haven't made any final decisions, the needle is certainly pointing to that direction."

Brown revealed that if McLaren does go racing with a hypercar in the WEC it would be based on a forthcoming vehicle rather than an existing car.

The top 10 Le Mans races of all time