Jose Maria Lopez’s chances of staying at Toyota in the 2023 World Endurance Championship appear to have been boosted by Nyck de Vries moving closer to a Formula 1 seat.

De Vries has been on Toyota’s books since the middle of 2020 as test and reserve driver, and was hotly tipped to graduate to a race seat for the 2023 campaign.

Lopez, who currently shares the #7 Toyota GR010 HYBRID with Mike Conway and Kamui Kobayashi, would have been the most likely candidate to make way for de Vries, who is believed to have a pre-agreement in place with the Japanese marque.

However, following an impressive F1 debut for Williams last weekend as a stand-in for Alex Albon, de Vries has emerged as a strong contender for a full-time move to grand prix racing next year, with Alpine also interested in the Dutchman’s services.

A firm offer of an F1 race seat would allow de Vries to easily extricate himself from any commitments in the WEC with Toyota, as well as in Formula E, where he has been heavily linked to a switch to the new-for-2023 Maserati team.

That would be good news for 2019-2020 and 2021 WEC champion Lopez, who now looks more likely to maintain his place in the #7 Toyota line-up for a sixth season next year.

The 39-year-old, who won three World Touring Car Championship titles with Citroen between 2014 and 2016, was unable to confirm whether he is under contract for next year when speaking to Autosport last weekend at Fuji.

But he is known to have signed a fresh deal in 2022 after his previous deal with Toyota expired.

“There is nothing confirmed yet, but I really wish to continue,” Lopez said.

“I can’t give any details on my current contract, but I want to stay. 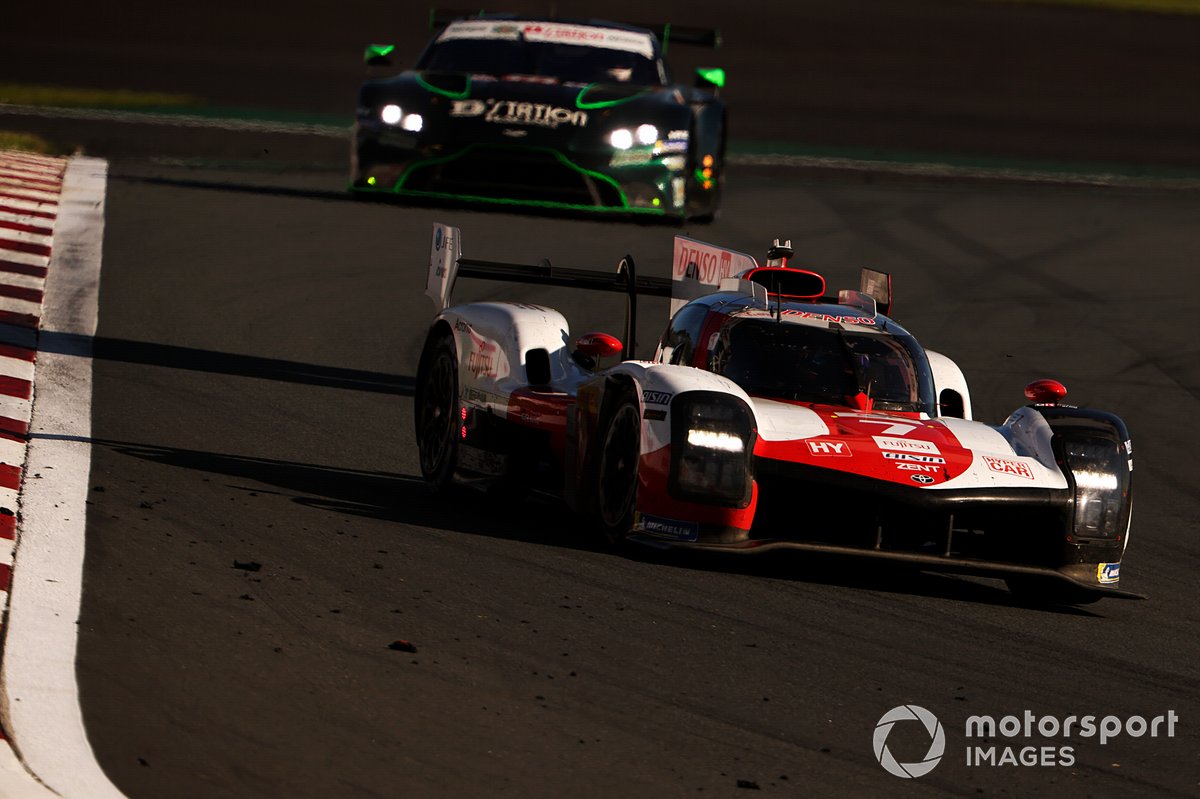 “Last year was an amazing year, this year has been a little more difficult with the incident at Sebring, but everyone can make mistakes and if I don’t continue because of that… I don’t think that will be the case, but we’ll see.”

What could have been: The failed F1 bid that almost wrecked Lopez's career

Toyota team director Rob Leupen hinted during an interview with Autosport earlier in the year that the Cologne outfit expected competition for de Vries’ signature.

“If we were to have a seat available, Nyck would definitely be one of the candidates,” said Leupen.

In the event de Vries exits the Toyota fold for an F1 seat, the team would be left in need of a new reserve driver for the 2023 season.

It previously had both Thomas Laurent and Kenta Yamashita on its books, but parted ways with ex-Rebellion Racing LMP1 driver Laurent after the 2019/20 season, while Yamashita has focused exclusively on his domestic Japanese racing duties for Toyota since the start of the 2021 campaign.