The #26 ORECA-Gibson 07 only had one attempt at a qualifying run, using medium-compound Dunlop rubber, at the start of Thursday's night's first session.

Lynn used that to good effect, knocking Vitaly Petrov off pole position in class by two-tenths of a second to take seventh place on the overall grid.

"Genuinely, we didn't compromise anything, in fact I would say we were on the limit of sacrificing everything for race pace," Lynn told Autosport.

"We didn't use many sets of tyres at all, we were always doing long runs, we literally went for one shot in quali right at the start of Q3 and we didn't even get an attempt in Q2.

"Luckily, it was all that we needed."

With many LMP2 drivers complaining of the amount of traffic they were encountering, largely caused by the significant hike in pace of the category compared to the GTE machines, Lynn confirmed he had little trouble on his lap.

This hike was achieved by a combination of the new-generation chassis and the increase in power from the spec Gibson V8 engine introduced this year that puts out around 600bhp.

"I got a lovely tow down the back straight.

"It's funny, the lap starts to piece together, I went through the Porsche curves and I could see on my delta [time display on the dashboard] that it was a really good one.

"Then you just arrive at the Ford Chicane thinking 'just close the lap, don't mess it up now'.

"When I saw the time, I was happy.

"I'm just really proud, to be honest; first Le Mans and to be on pole position is everything I could dream of." 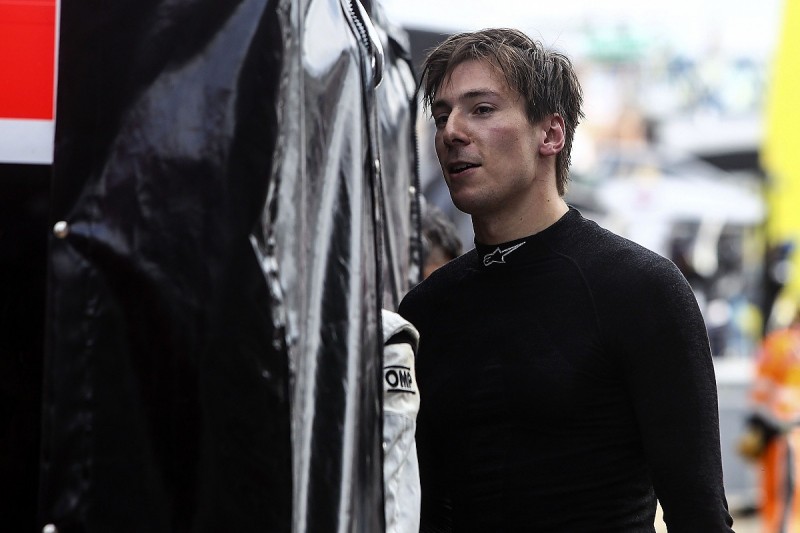 Lynn is confident his car, which he shares with Roman Rusinov and Pierre Thiriet, will be in there pitching for victory in the race provided it is reliable.

"I feel like the pace in the car is not the question, if it's going round the drivers will drive it quickly," said Lynn.

"It's just a question of making sure we keep it out of the garage for the 24 hours and we have a clean race.

"If we have a clean race, I'll be surprised if we're not at or near the front."