The Le Mans 24 Hours is set to be worth one and half times as many points as a regular six-hour World Endurance Championship race in 2018, rather than double

The WEC organisation announced in September its intent to abandon double-points for Le Mans when it revealed its plans for the 2018/19 superseason as a transition into a winter-series format for 2019/20.

Now, series boss Gerard Neveu has revealed that there will be three different points coefficients to reflect the different lengths of the races in 2018/19.

"We will not have double points at Le Mans, but we will have different values for the 24 Hours, a race of 1500 miles and the six-hour events," said Neveu.

That would mean the winners in each of the four classes at Le Mans would receive 37.5 points and the winners at Sebring 31.25 points. 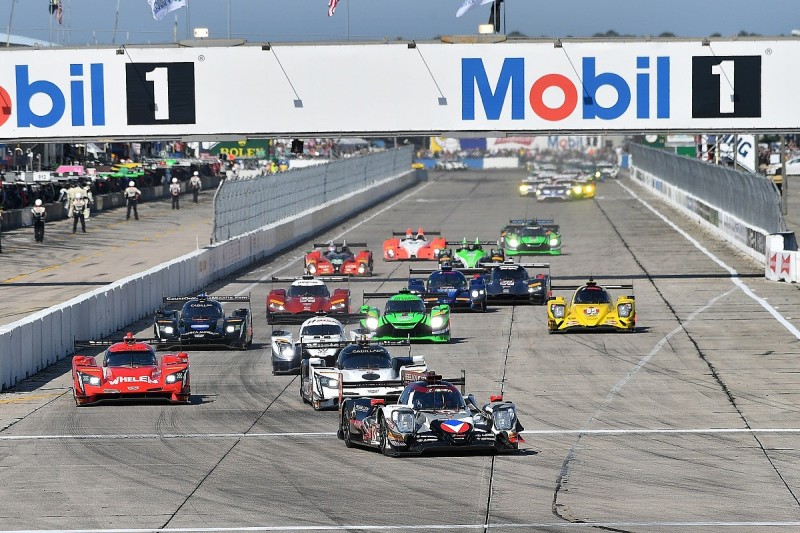 The standard FIA points system will remain for the regular six-hour races.

A world championship title for LMP1 teams to replace the one for manufacturers has also been proposed.

A manufacturers' title cannot be awarded under FIA statues because there will be a maximum of one factory participant in Toyota.

The WEC organisation had initially said that there would be only three full world titles awarded in the 2018/19 superseason - one for prototype drivers and two in GT for drivers and manufacturers.

The idea is to put in place an additional world title, as opposed to a lesser cup or a trophy, contested by both the factory and privateer teams competing in LMP1.

Manor sporting director Graeme Lowdon, whose team is entering the LMP1 ranks next season with Ginetta, was supportive of the idea.

"I've always said that motorsport is the greatest team game in the world, so this makes sense, he said.

The original world sportscar championship awarded a teams' rather than a manufacturers' title from 1985 until its demise in 1992.

Porsche still working on new engine it planned for LMP1