Toyota continues to hold the advantage at quarter-distance of the 2017 Le Mans 24 Hours, although Stephane Sarrazin's lead has been cut slightly during a lengthy slow zone period

Barrier repairs were required after contact between the #28 TDS ORECA of Matthieu Vaxiviere and the Risi Compeitizione Ferrari 488 GTE of Pierre Kaffer pitched the GTE car into the guardrail at the first chicane on the Mulsanne Straight, and during that time the leading cars concertinaed together.

The #7 Toyota's advantage has now been cut to 26 seconds by the leading Porsche of Andre Lotterer, who in turn has been caught dramatically by Kazuki Nakajima in the second Toyota, which is now just five seconds further back.

The third Toyota is still losing time after its pitstop to close an ajar door in the previous hour put it in an unfortunate position during the slow zone and dropped it almost a whole lap behind Sarrazin up front.

The #2 Porsche continues to run after its earlier front-axle issue but is still 17 laps behind the leaders. 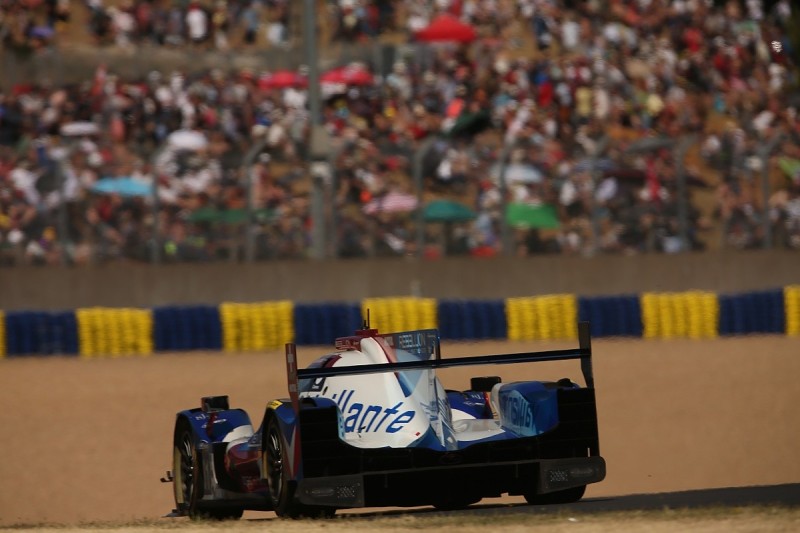 The Rebellion team's pair of ORECA-Gibson 07s were running one-two in LMP2 as the race hit one-quarter distance.

Bruno Senna in the #31 car emerged from the ninth round of pitstops to emerge with a comfortable lead over team-mate Nelson Piquet Jr in the #13.

Julien Canal was a couple of seconds up on David Heinemeier Hansson when the slow zone for the Vaxiviere/Kaffer clash on the Mulsanne Straight began.

The vagaries of the slow zone proceedure increased the gap to more than a minute before the race briefly went green.

Senna was 45s ahead during a brief period of green-flag running, before another slow zone extended his advantage to 1m38s.

Third place was held by Ho-Pin Tung in the #38 Jackie Chan DC Racing ORECA from the #35 Signatech Alpine entry with Pierre Ragues at the wheel. 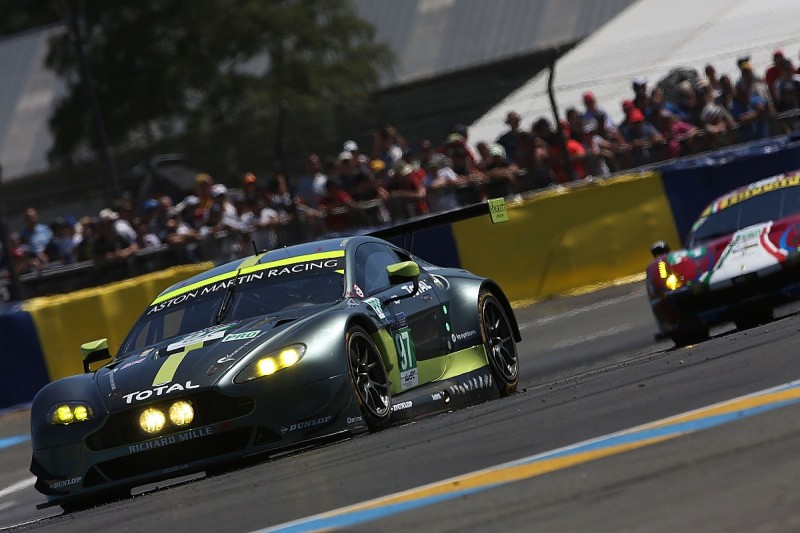 Aston Martin held its GTE Pro lead through to the end of the sixth hour, though the full extent of its net advantage was not clear during the slow zone phase.

Jonny Adam pitted to hand over to Darren Turner on schedule 10 minutes before the turn of the hour and the #97 Vantage emerged still in the lead from the #67 Ford.

Andy Priaulx took over the #67 car from Luis Derani during its routine stop and came under heavy pressure from Marcel Fassler in the #64 Corvette until Fassler stopped to hand over to Oliver Gavin.

That elevated the #66 Ford, now driven by Stefan Mucke, to third in class, but this will be short-lived since it is running out of sync after its puncture during the second hour.

AF Corse took advantage of the long-running slow zone to put Michele Rugolo, the last minute substitute for Lucas di Grassi, into the #51 Ferrari for the first time during this race. It is currently running fourth, ahead of Oliver Gavin in the second Corvette, but will be due a stop shortly after the #66 Ford.

Paul Dalla Lana leads GTE Am in the #98 Aston from the #84 Ferrari of Robert Smith, but this car is due a pitstop that will clear the way for Salih Yoluc in the #90 Aston.

Le Mans 24 Hours: #7 Toyota after swap but #1 Porsche closing in