The British marque holds provisional pole for the French endurance classic after Wednesday night's first qualifying session, Marco Sorensen setting the pace with a 3m52.117s lap in the #95 Vantage GTE he shares with Nicki Thiim and Richie Stanaway.

Sorensen's lap was enough to beat the best of the AF Corse-run Ferrari 488s, the #71 car, by a tenth of a second, while the best of the Chip Ganassi-run Fords, the #67, was two seconds off the pace in fifth place.

But Bourdais, whose Indianapolis 500 injuries ruled him out of defending his Le Mans class title with Ford, believes it's wrong that the Vantage - whose roots can be traced back to 2008 - can be allowed to outpace newer machinery from rival manufacturers.

"At some point there should be a healthy dose of raising the level rather than trying to bring it down," Bourdais told Autosport.

"When you start having prototypes going 25 seconds faster than the next class in line at Le Mans, maybe it's more dangerous to those guys going that fast and us going that slow in relation.

"It's always cheaper and easier to make a slower car than to make a fast and good car, but for the guys who spend the money and do a good job it's awfully frustrating to see their car taken down to a low level.

"Aston Martin have had basically the same bloody car for how many years now? Eight? 10?

"They're trying to balance performance between cars that probably aren't comparable even if they came from the same era."

CORVETTE STAYS OUT OF PERFORMANCE ROW 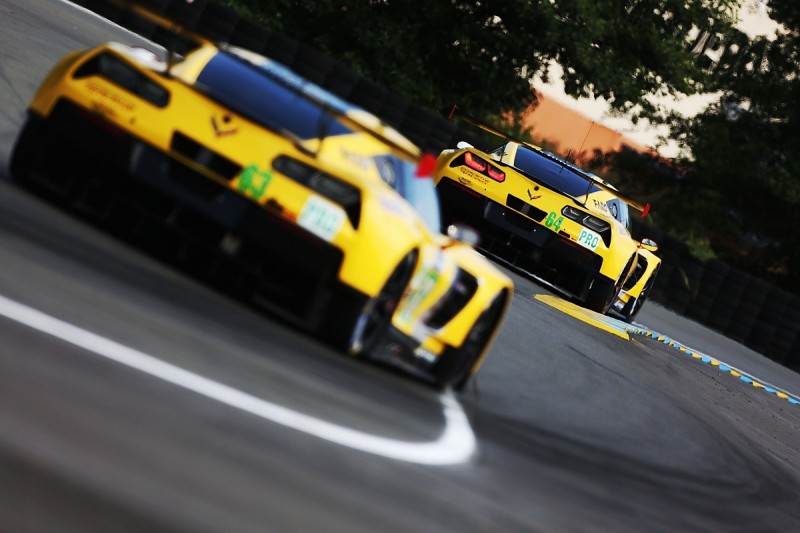 While some teams have entered into plenty of debate over the matter of BoP ahead of this year's race, Le Mans veteran squad Corvette Racing says it is not interested in all the fuss.

The Chevrolet squad's team boss Doug Fehan said: "The whole concept of BoP is to create equality between cars, whether they are front-engined, mid-engined, V8s, V4s, turbocharged, naturally aspirated.

"The idea is that, in theory, any car on any particular day can win, or be the fastest.

"Our philosophy has never been that we have to have the fastest car.

"The key to victory here is having a car that's easy and comfortable to drive throughout a wide range of conditions.

"If [the drivers] are comfortable, they're far less stressed.

"Last night, we didn't go out on fresh tyres with empty tanks. When do you race with that? Never."

The Corvettes were ninth and 10th in class during first qualifying, nearly three seconds off the pace of the leading Aston Martin.