Fans who have booked grandstand seats, camping, parking or hospitality for the World Endurance Championship round - now taking place on 19-20 September - will also be able to buy a corresponding general admission ticket.

The event will also be open to members of the Automobile Club de l'Ouest motoring organisation, which runs the race and promotes the WEC, within the number of available seats.

Further ticket sales were suspended on Monday this week in light of the coronavirus world health crisis, pending further government announcements in France.

The statement from the ACO did not put a figure on how many spectators it is now expecting for an event that has an annual attendance in excess of 250,000 for its traditional mid-June calendar slot.

ACO president Pierre Fillon said: "At the Le Mans 24 Hours this year, solidarity and responsibility will be more than mere words.

"Responsibility is one of our founding principles. We are therefore sure that our loyal spectators will understand our position and support our decision.

"We will not be breaking any attendance records this year, but all the magic of the race will remain intact and the spectator experience - trackside or from a distance - will remain world-class." 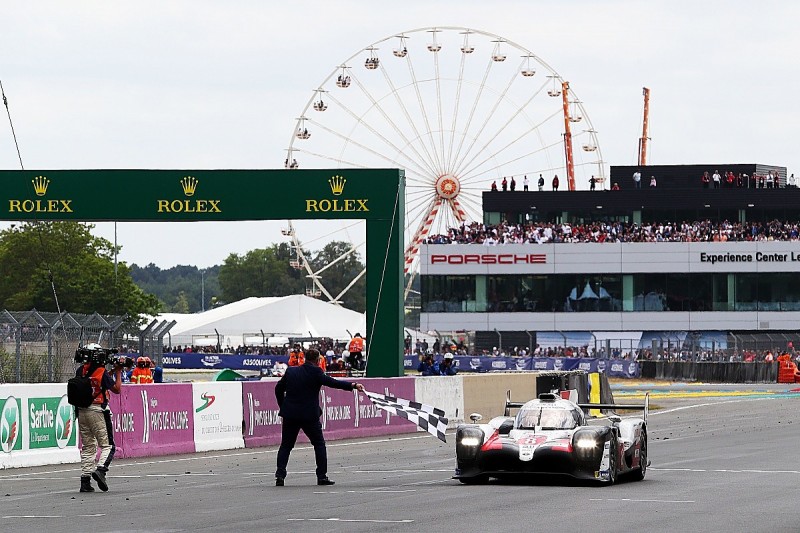 Earlier this month the ACO announced a revised and condensed timetable for race week of the 24 Hours.

Practice and qualifying will take place on the Thursday and Friday rather than the traditional Wednesday and Thursday.

Practice will be begin at 1000hrs on Thursday, with first qualifying at 1715hrs. The fastest six cars in each of the six WEC classes will go through to the new Hyperpole session, which is set for 1130hrs on Friday after a final one-hour practice session.

The support race schedule has also been announced. The first of two Road to Le Mans races for LMP3 and GT3 machinery will start at 1415hrs on Friday, with the second race at 1130hrs on Saturday. This will be preceded by a Porsche Carrera Cup race at 0915hrs on Sunday.

Autosport Podcast: Hugh Chamberlain on the magic of Le Mans