The move, predicted in AUTOSPORT magazine last month, means that the former Toyota and Sauber Formula 1 driver will race a Ferrari 458 Italia in the GTE Pro class for the factory AF Corse team.

Kobayashi, 26, said: "It's an honour for me to become part of the Ferrari family. I will work hard and give my all in this new chapter of my career.

"I can't wait to start working with AF Corse and really hope I can aim for the title."

The Japanese tested for Ferrari at Aragon in Spain last month along with another F1 refugee, Karun Chandhok. 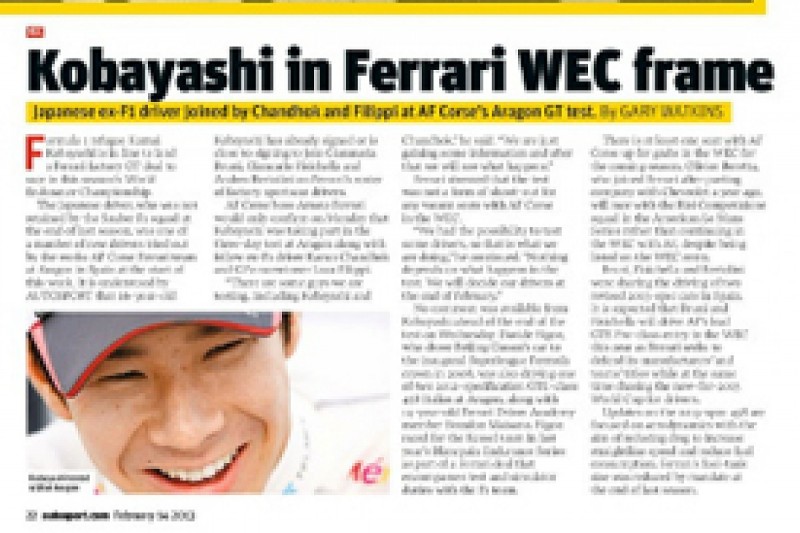 The identity of Kobayashi's co-driver for the eight-round WEC is not expected to be announced until next week. Finn Vilander, who is on Ferrari's roster of factory drivers, is among the candidates.

Bruni and Fisichella, who led the driver line-up that took AF to the teams' title and Ferrari to the manufacturers' crown, are expected to remain together.

Olivier Beretta, who was nominated by AF for its #71 car, is racing for the Risi Competizione Ferrari squad in the American Le Mans Series and will not be part of AF's full-time line-up.