The #31 WRT crew of Sean Gelael, Robin Frijns and Dries Vanthoor, the latter deputising for Rene Rast while the German was on DTM duty at Spa, officially took a second win of the season by a lap but were pushed hard all the way by Jota’s #38 car of Antonio Felix da Costa, Will Stevens and Roberto Gonzalez.

Frijns was at the wheel of WRT’s ORECA 07 for the final part of the race and made his final stop on lap 215, with 14 minutes to go, as the Belgian squad stuck to a schedule of 27-lap stints throughout the six-hour race.

Jota meanwhile opted to extend its stints to 28 laps after the first two pitstops of the race, which left Stevens out front until he had to bail out with just four minutes left on the clock for a lap 221 splash-and-dash.

A full course yellow at any stage in the race would have allowed Jota to eliminate the final splash and make it home on seven pitstops, but no caution period was ever called.

“We needed a full-course yellow, even a super-short one and we would have made it [without the extra stop],” reflected Stevens post-race.

“That was our strategy gamble from quite early in the race.

“We were trying to get one more lap each stint, which was difficult, but I think we chose the right option, I don’t think we would have done it differently if we re-ran the race.”

Da Costa, who had scored pole on Saturday, added: “Our strategy was based on having at least one yellow, that would have saved a stop for us which would be enough to take the win. It’s very rare to see that in an endurance race.

“We are still happy with the result. We have to balance our hunger to win with our championship strategy and today was a mega day for the championship.” 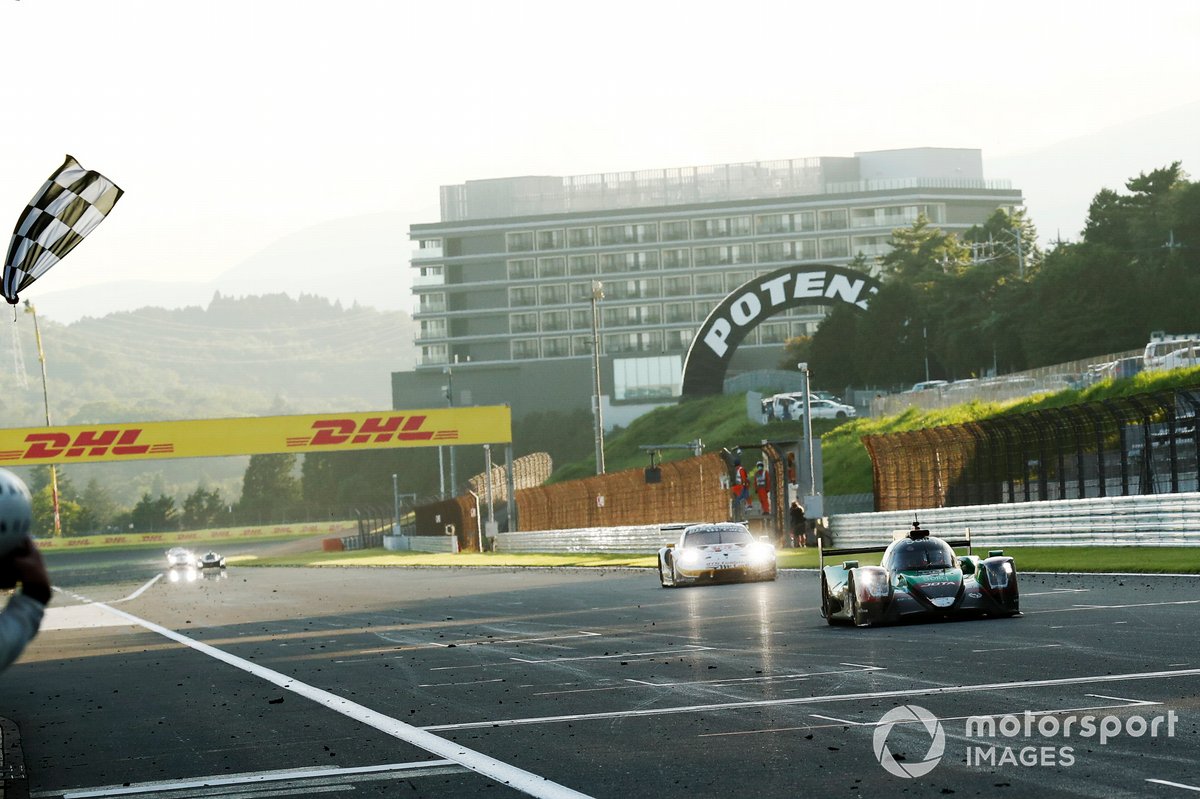 It means the #38 crew can afford to finish sixth in the extra-points race to be certain of title glory.

“If you offered us the chance to be 28 points ahead going into the final race of the year, for sure we’d have taken it,” said Stevens.

“Bahrain is a long race, a very tough circuit, very different, but we’ll go with the same mindset, if we perform well and hopefully fight for a win and get on the podium, we don’t have to worry about anyone else.”

Da Costa added: “We only need to score 11 points, but a DNF is enough to throw it all away, so we just need to approach it naturally.

“We don’t put pressure on ourselves, we do what we always do and the result comes.”