Antonio Felix da Costa and Will Stevens will remain with the British Jota team to race its customer Porsche 963 LMDh in the World Endurance Championship this season.

Porsche Formula E driver da Costa and ex-Formula 1 racer Stevens are moving across to Jota’s new entry in the Hypercar class after winning the WEC LMP2 title alongside Roberto Gonzalez with the team in 2022.

They will share the 963 with 2021 European Le Mans Series champion Yifei Ye, the Porsche Asia Pacific Motorsport-backed driver who was announced as part of the line-up by Jota in November.

The announcement of da Costa and Stevens by Jota comes after protracted speculation that they would be part of the LMDh line-up.

Da Costa is remaining with Jota for a fourth WEC assault, while Stevens is going into a second consecutive campaign having previously contested partial programmes with the team in 2016 and 2018/19 before a full season in 2019/20.

The Porsche, to be entered under the Hertz Team Jota banner, is set to join the WEC for round three of the series at Spa at the end of April.

Supply-chain issues have delayed the delivery of the cars to the customers scheduled to race them in both the WEC and the IMSA SportsCar Championship in North America.

Jota has confirmed that its Hypercar crew will race an LMP2 ORECA-Gibson 07 in the colours of new sponsor Hertz in all rounds before the 963 comes on stream, which is likely to mean the Sebring opener in March and then Algarve in April.

Jota directors Sam Hignett and David Clark said in a joint statement: “Our line-up of Antonio, Will and Yifei is a strong mix of speed, experience and youthful exuberance.

“We’ve had success over recent years, and as one of the only privateer entries in the Hypercar class we’ll be taking the challenge to our manufacturer counterparts.” 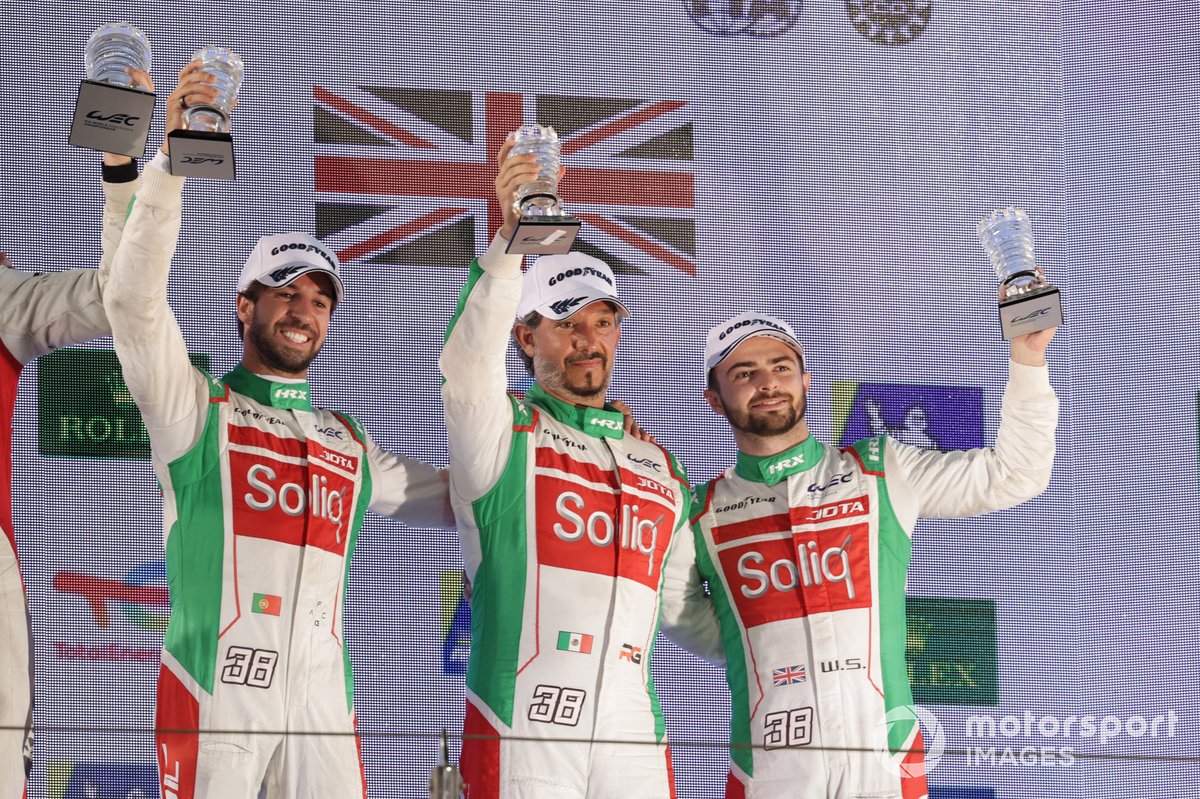 Da Costa said: “Over the last few years we’ve had great results together, so I’m thrilled to be returning to the team.

“We’re stepping up to Hypercar class with a whole new set of partners backing us and I can’t wait to get behind the wheel of our new Hertz Team Jota car.”

“Being the reigning LMP2 champions gives us a great platform for the campaign ahead, it will be a special time racing together as the all-new Hertz Team Jota.”

The livery of the Jota Porsche will be revealed in “due course”, according to the team’s statement.

The second of the two customer Porsche LMDhs available for the WEC this year will be run by the German Proton team.

Porsche factory driver Gianmaria Bruni was listed against its 963 when the 2023 WEC entry list was published last week.

WEC entry still "under review", but McLaren "not ready for it yet" - Brown