The Dutchman, who is a frontrunner in the Blancpain Sprint Series and the United SportsCar Championship's GT Daytona class with Lamborghini and Dodge machinery respectively, has been drafted into the #61 AF Corse GTE Pro entry for the Japanese event on October 12.

Bleekemolen will share the car with Bret Curtis, with whom he was due to race in the Le Mans 24 Hours before the American was ruled out of the event after sustaining a concussion in qualifying, and Pirelli World Challenge frontrunner Mike Skeen.

Curtis had been in negotiation with AF about a Le Mans drive and tested one of its Ferraris in Italy last winter before opting to continue his relationship with the ProSpeed Porsche team with which he made his Le Mans debut in 2012.

Bleekemolen told AUTOSPORT: "I've done a lot with Bret, so right away he asked me if I was interested.

"Amato [Ferrari, AF team boss] and I have been talking for a while, and he also put my name forward if Bret was looking for a platinum [graded] driver."

Bleekemolen said he had no concerns about jumping in the Ferrari 458 Italia for the first time in free practice at Fuji. 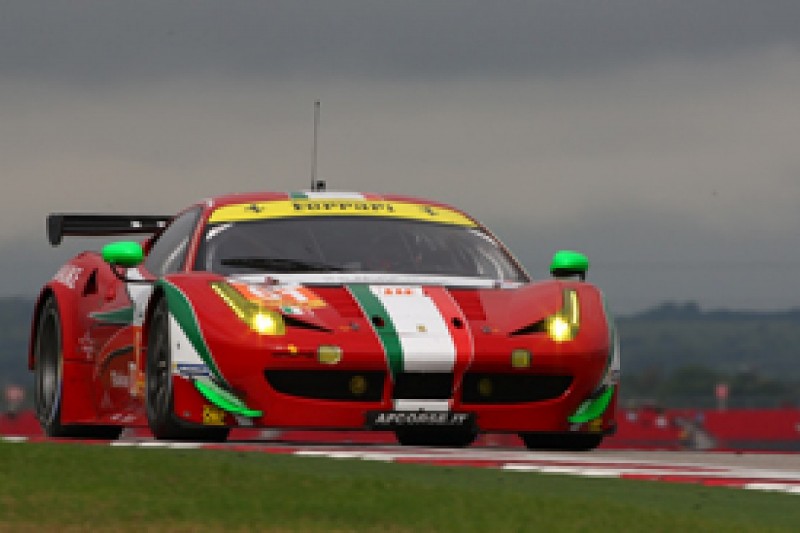 "I've never even driven a cup Ferrari and I've probably only spent about five minutes behind the wheel of one on the road," he said.

"It's difficult to get on the limit in any car, but from driving the Dodge [Viper SRT GTS-R in which he was scheduled to do Le Mans before the marque's withdrawal] and the Chevrolet [Corvette C6.R in testing] a couple of years ago, I think GTEs aren't too difficult to get used to."

The trio replace Luis Perez Companc, Marco Cioci and Mirko Venturi because the first-named, who funds the car, is unable to take race at Fuji for what AF Corse has described as "important family reasons".

The Argentinian and his Italian team-mates are scheduled to return to the #61 entry for the Shanghai WEC round at the start of November.

Nicki Thiim returns to the Aston Martin Racing line-up at Fuji alongside fellow Danes Kristian Poulsen and David Heinemeier Hansson because Richie Stanaway is on GP3 duty at Sochi.