Button's first run in the BR Engineering BR1-AER came at the former French Grand Prix venue the week after the World Endurance Championship season opener at Spa earlier this month, where Matevos Isaakyan had a major airborne crash.

Video footage of the incident showed Isaakyan's #17 BR1 lifting off the ground following another car over the top of Raidillon, flipping end-over-end multiple times before hitting the barriers at the far side of the track.

Button, who will make his WEC debut in the 2018 Le Mans 24 Hours sharing SMP's #11 car with Mikhail Aleshin and Vitaly Petrov, said a pre-test meeting reassured him about the car's safety.

He added that changes will be made to the car for Le Mans, although he tested the machine in the exact same specification in which it raced at Spa.

"I don't think any experienced driver would get in the car if he wasn't happy with its safety," Button told Autosport.

"I had a good meeting with the team to discuss what happened and what the chances are of it happening again.

"I believe in the team, and I trust in the team's comments and also in Dallara's.

"They've changed the car for Le Mans, which is great.

"I don't think you have the same situation at Le Mans as you have at Eau Rouge, but still there are some brows, some hills, but they've changed the car to help that.

"When I drove in Magny-Cours, you're driving on your own, you never going to have the issues of the car taking off [as] you're not following a car [and] you don't have the brow of the hill, so I was not worried.

"I am not worried going into Le Mans as well, I completely trust in the work they've done in the wind tunnel and the safety precautions that they've taken."

Button said the BR1's grip in high-speed corners surprised him, describing it as the "opposite" to what he expected.

"The biggest shock was the grip in high speed corners," added Button. 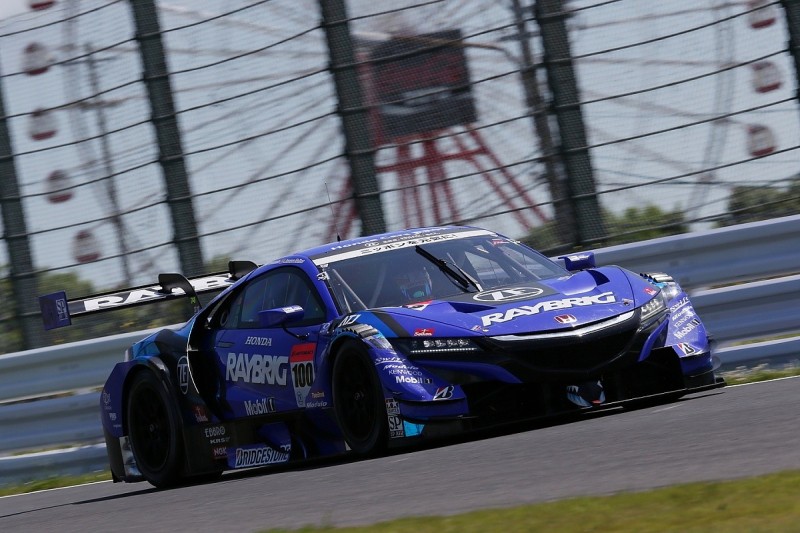 "I drive in Super GT, which has a lot of downforce and a lot of mechanical grip, because you have the tyre war there.

"I expected the LMP1 to be quicker in a straight line, but slow in high-speed corners, but it was the opposite.

"Straight line [speed] was very similar to Super GT, but the high-speed corners surprised me, because there was so much grip there.

"That was the Le Mans [aerodynamic] package that we were running around Magny-Cours, so it shouldn't be a lot of grip, but the car felt great.

"A few tweaks are needed, but not high-speed; it is more braking and traction. But I think that we can solve those issues very quickly at Le Mans."