Dixon, who will race the new Ford GT for the first time in this weekend's Sebring 12 Hours, has been confirmed as an additional driver for Ganassi's four-car assault on the GTE Pro class at Le Mans together with Sebastien Bourdais, Harry Tincknell and Billy Johnson.

Two-time Daytona 24 Hours winner Dixon will line up in the #69 Ford GT entered under the Ford Chip Ganassi Team USA banner alongside Richard Westbrook and Ryan Briscoe, his team-mates at the Sebring IMSA SportsCar Championship round on Saturday.

Bourdais last raced at Le Mans in 2012 with a Pescarolo-run Dome and will return to share the US-run #68 car with Dirk Muller and Joey Hand.

An LMP2 class winner at Le Mans, Tincknell will be teamed with Andy Priaulx and Marino Franchitti in the #67 car.

Dixon said: "Like any driver it is a dream come true for me to race at Le Mans, and I can't wait to get started.

"The history of Ford at Le Mans is very well documented, and I'm proud to be part of this very special programme."

Ford vice president Raj Nair added that the US car giant was "pleased to have a very strong driver line-up for our return to Le Mans".

"We have assembled a talented and experienced team on all fronts and are all focused on creating a new chapter in Ford's history at Le Mans," he said.

The announcement of the Le Mans line-ups confirms the pairings in the two Britsh-run Fords entered in the full World Endurance Championship.

Johnson and Tincknell will also race alongside their respective Le Mans team-mates in the opening two rounds of the WEC at Silverstone and Spa. 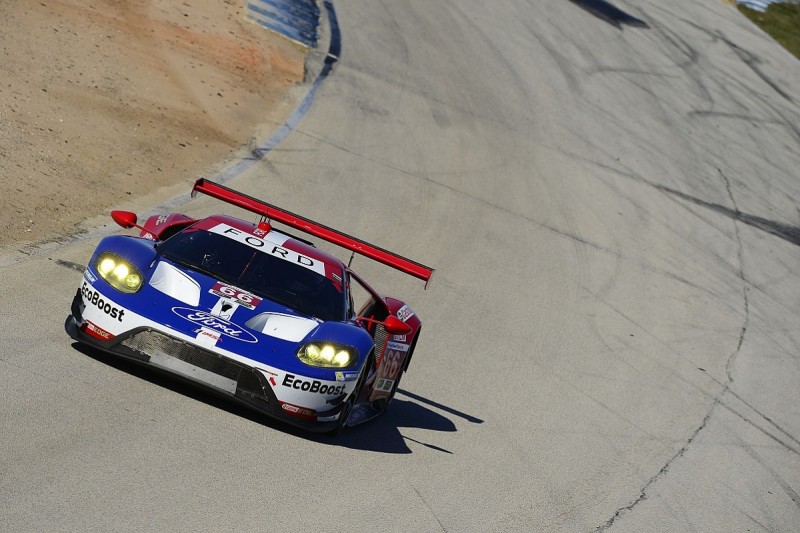