The tyre giant revealed earlier this month on the announcement of its international motorsport comeback in the LMP2 division of the WEC next season that it was also evaluating other categories and series.

Now, it has admitted that it has an interest in tendering to become the sole tyre supplier for the WEC's new top class from the start of the 2020/21 season.

Goodyear vice-president Mike Rytokoski told Autosport: "We have just introduced a line-up of ultra high-performance tyres in Europe called Eagle F1 SuperSport, so we are really targeting those super-sportscars, so it would fit very well with what we doing with the brand.

"We also have the racing heritage and the technical capabilities, so from that perspective it also fits with our strategy."

Ben Crawley, motorsport director of Goodyear in Europe, added: "We want to be present in more than just P2 in the WEC and Le Mans 24 Hours environment.

"Ultimately we want this [the LMP2 entry for the 2019/20 WEC] to be the first of a number steps in European and international motorsport over the coming years.

"It is part of a long-term brand programme for Goodyear."

He said that an expansion into the GTE classes, in which sister brand Dunlop last competed in 2017 with Aston Martin, remains another possibility. 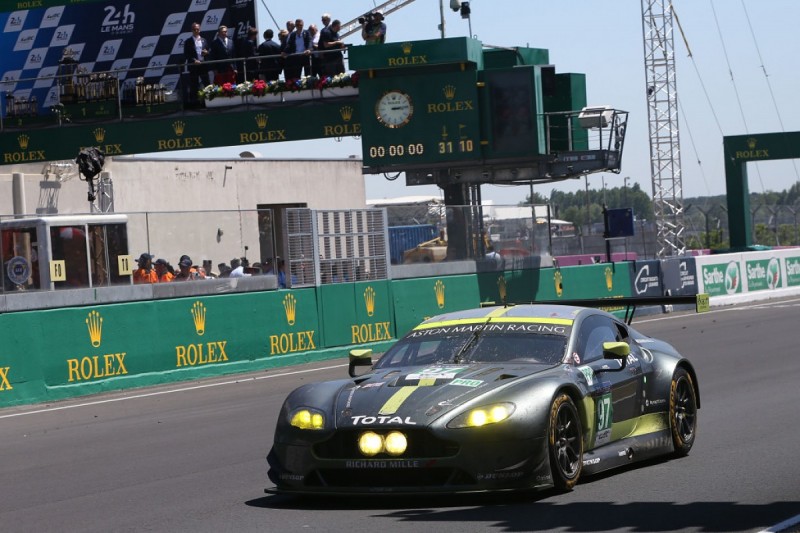 Crawley explained that Goodyear acknowledged the advantages of producing tyres for categories where there is a sole supplier, as well as classes in which there is open competition such as P2.

"We see merits in both and expect both forming a part of what Goodyear does in the future," he said.

The hypercar concept class, which as finally confirmed earlier this month on the eve of the Le Mans race, will have a single rubber supplier, but it will not have a spec tyre in the traditional sense.

Vincent Beaumesnil, sporting director of WEC promoter the Automobile Club de l'Ouest, explained that the chosen tyre manufacturer would need to produce rubber to fit the different concepts of car competing in a category open to both prototypes and road-based machinery.

"The philosophy will be to have three ranges of tyre, though it could be two or it could be four, that will correspond to the different weight distributions of the cars," he explained.

"The tyre will not be designed specifically for one car — the manufacturer will chose [from the range]."

Beausmesnil stressed that there is still work to be done on the tyre regulations before the tender process can be finalised.

Goodyear took the last of its 14 Le Mans victories in 1997 with the Joest Racing Porsche WSC95, the season before it pulled out of Formula 1.

The US-headquartered manufacturer raced on in CART and IndyCar for another season and was last represented at Le Mans in 2006.

These tyres, like its NASCAR rubber today, were produced at its Akron, Ohio development facility, but its entry into the WEC is being masterminded from its European technical centres in Luxembourg and Germany with input from the US.

It has yet to be decided whether Dunlop, which Goodyear owns in Europe, will continue to supply tyres in the European Le Mans Series beyond the end of the current season.