The two Toyotas were separated by just two hundredths of a second as they blocked out the front row for Sunday’s Fuji round of the FIA World Endurance Championship.

Matthieu Vaxiviere took third position aboard the Alpine A480-Gibson, ending up only two tenths behind the Toyotas on a 1m29.446s.

The two Peugeots were both within a second of the pace in fourth and fifth positions.

That put him half a second up on the pack after the first runs, but the gap was narrowed after all the leading runners went for further runs on a second set of tyres.

Da Costa was unable to improve his time, but Nicklas Nielsen got down to a 1m31.929s in the AF Corse Pro/Am ORECA to take second position.

Robin Frijns had qualified third in the #31 WRT ORECA on a 1m32.059s but had his laptime scratched for a track limits violation, dropping him to fourth behind Ferdinand Habsburg in the sister #41 Realteam by WRT car. 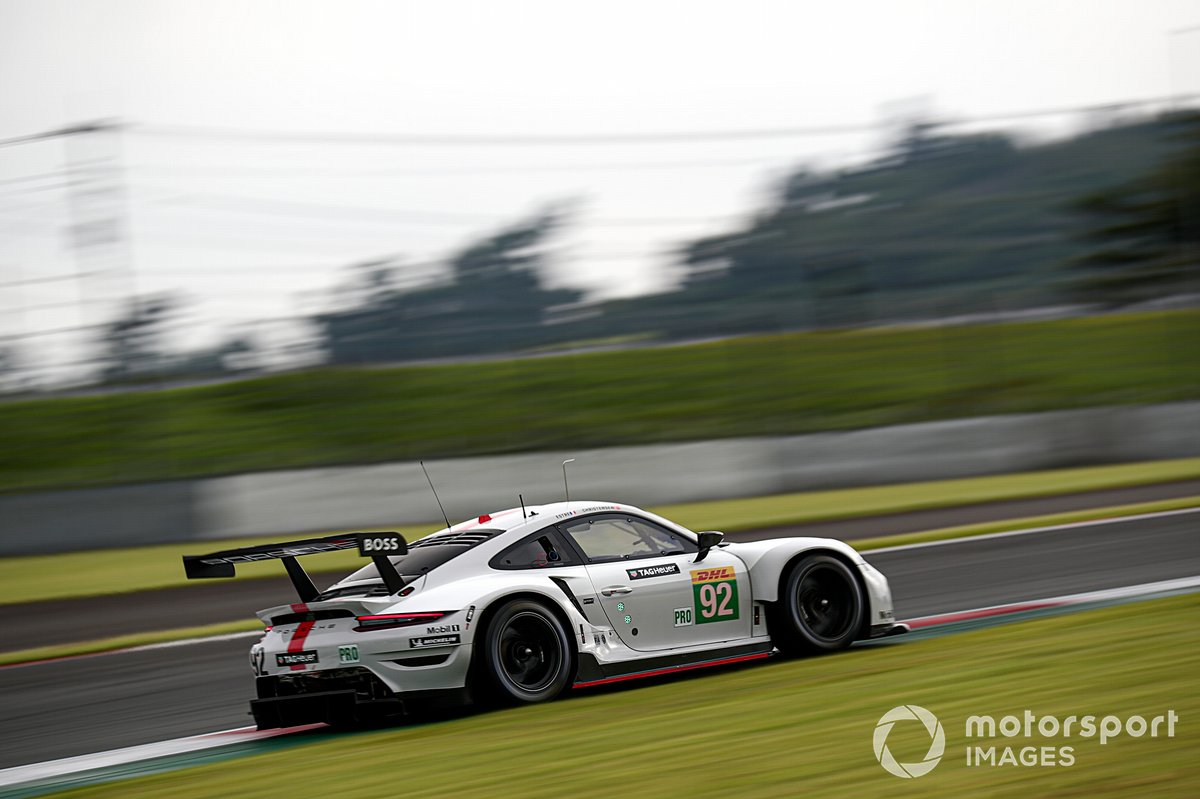 The Dane grabbed the top spot on his first flying lap with a 1m36.371s aboard the #92 Porsche 911 RSR, which ended up nearly two tenths clear of James Calado in the fastest of the AF Corse Ferrari 488 GTE Evos.

Calado’s 1m36.566s gave him a similar margin over the second Porsche qualified by Gianmaria Bruni, who posted a 1m36.800s.

Miguel Molina took fourth spot in the second of the Ferraris with a 1m36.851s set on his third flying lap.

Corvette's Nick Tandy brought up the rear of the five-car GTE Pro class on a 1m37.127s.

Ben Keating claimed a third pole of the season in GTE Am aboard the TF Sport Aston Martin Vantage GTE, pipping Sarah Bovy in the Iron Dames Ferrari by just five hundredths of a second.

The Fuji 6 Hours, the penultimate round of this year’s WEC, begins at 11:00 local time on Sunday.