The FIA World Endurance Championship has cancelled its Fuji round for a second year in a row, replacing it with a second fixture in Bahrain.

Instead, the WEC will now visit Bahrain for a double-header after a two-month break following the Le Mans 24 Hours, with two races in successive weekends pencilled in for 30 October and 6 November.

The first of the two races in Bahrain will be a six-hour event, while the existing eight-hour season finale originally set for November 20 has been brought forward by two weeks.

WEC boss Frederic Lequien said: "Regrettably we have been left with no choice but to cancel our Japanese leg of the world championship due to continuing difficulties with the pandemic, including travel restrictions and logistical issues.

"We have instead decided to replace Fuji with another race in Bahrain, which we firmly believe is the safest option for everyone."

He added that he is "confident that a double-header in Bahrain is an ideal solution in the current climate".

The announcement of the double-header on Wednesday follows comments from Lequien at last month's Portimao 8 Hours WEC round that any new fixture in the event of Fuji being cancelled would likely be in Europe. 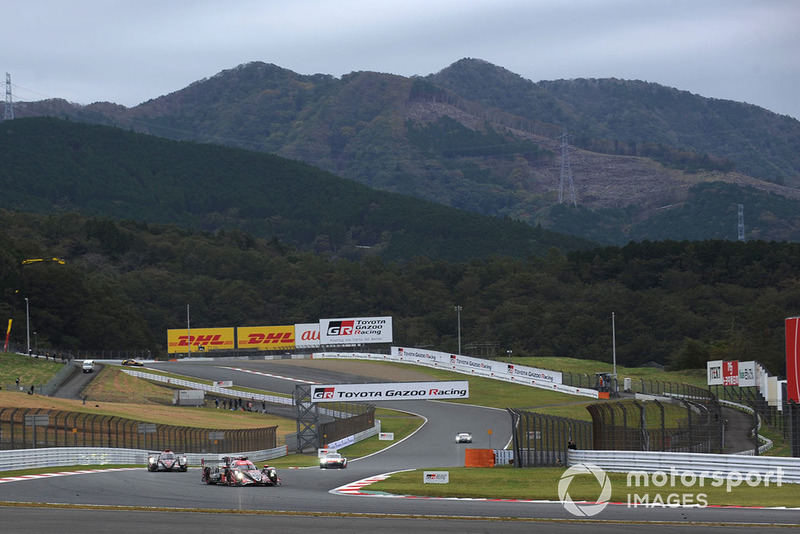 Both Lequien and Pierre Fillon, president of WEC promoter the Automobile Club de l'Ouest, thanked the Fuji circuit for its efforts to save the race.

There is an intent for the WEC to return to the Japanese track in the future, Lequien stressed.

Bahrain International Circuit chief executive Sheikh Salman bin Isa Al Khalifa said: “It is a great pleasure for us to be able to host two rounds of WEC.

"Over the last few months, we have demonstrated our ability to host several major international events in a safe manner and we thank WEC for showing their faith in us yet again.”

Bahrain hosted back-to-back grands prix at the end of last season after major revisions to the Formula 1 calendar.

It is a candidate to host another additional race this year in the light of uncertainty over further F1 rounds in the wake of this week's cancellation of the Australian Grand Prix.

The Japanese GP at Suzuka scheduled for October 10 is among the races in doubt. MotoGP has already cancelled its Motegi fixture set for 3 October.

Fuji, which has been on the WEC calendar since the rebirth of the series in 2012, and was due to host round three of the 2020/21 series in November of last year.

The COVID pandemic subsequently forced major revisions to the 2019/20 fixtures and the WEC to revert to a traditional schedule spanning a single calendar year for the current season.