Ford will return to the Le Mans 24 Hour in 2016, with a new GT programme announced on Friday

The manufacturer will compete in the French classic, and both the full World Endurance Championship and United SportsCar Championship next year.

Chip Ganassi Racing, which uses Ford engines in its USC prototypes, will run the programme.

Ford's flagship GT road car will be used, powered by a 3.5-litre twin-turbo V6 from Ford's EcoBoost line-up, as used in the USC.

It will make its debut in next January's Daytona 24 Hours.

Michelin will be the tyre supplier, and while no drivers were announced, Ganassi USC driver Scott Pruett attended the press conference.

"When presented the opportunity to compete with the all-new Ford GT on the world's biggest sportscar stage, and on the 50th anniversary of one of the most storied victories in racing history, how could any race team not want to be part of that?

"Will it be a challenge? Absolutely, but we couldn't be with a better partner than Ford."

The reborn campaign will mark the 50th anniversary of Ford taking a one-two-three finish at Le Mans with the iconic GT-40 in 1966. 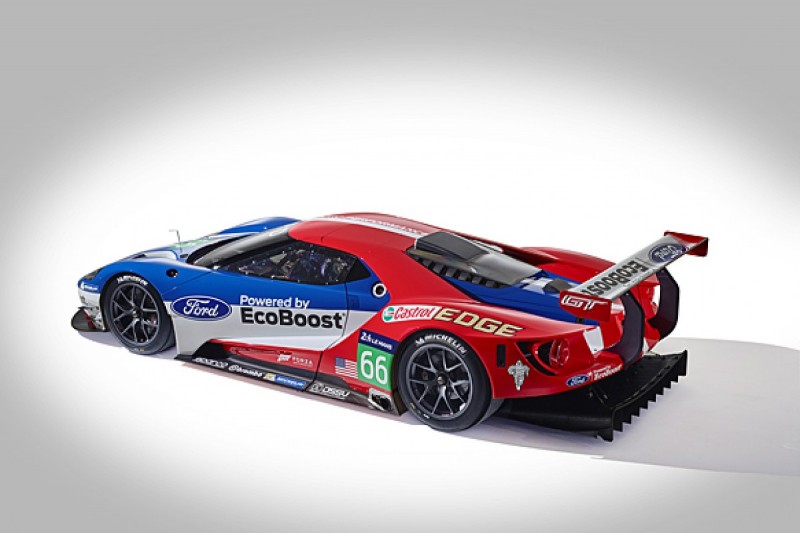