Pietro Fittipaldi, grandson of two-time Formula 1 world champion Emerson, will be given a test in Porsche's LMP1 car if he seals this year's Formula 3.5 V8 title

The World Endurance Championship organiser has confirmed that the winner of the one-make single-seater series will be given a run in one of the Porsche 919 Hybrids at the official rookie test in Bahrain next month.

Twenty-one-year-old Fittipaldi, who drives for the Charouz-run Lotus team, heads into the Formula V8 3.5 finale at the Bahrain WEC meeting with a 10-point lead, with 50 points up for grabs over the two races. 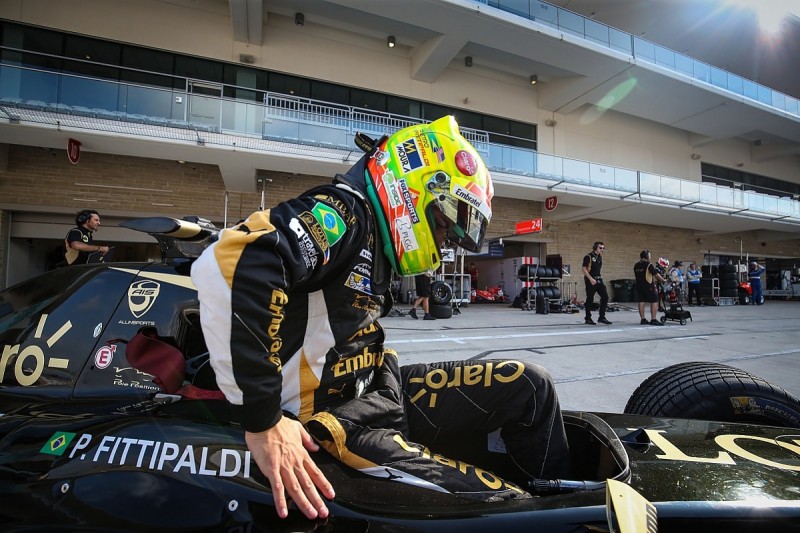 The top-three in Formula 3.5 V8, which runs on the WEC bill for six of its nine rounds, will all be given a test in WEC machinery the day after the series finale.

The second-placed driver will be given a chance with the winner of the LMP2 teams' title, while third in the championship will drive for the first-placed team in the GTE Pro points.

Any of the tests can go to the drivers currently placed first to sixth in the points, all of whom retain a mathematical chance of taking the title.

Frenchman Thomas Laurent, part of the winning LMP2 line-up in the Jackie Chan DC Racing ORECA at the Le Mans 24 Hours in June, will be given a try-out aboard a Toyota TS050 HYBRID at the rookie test.

Pierre Fillon, president of WEC promoter the Automobile Club de l'Ouest, described the Toyota chance as a "great reward for the brilliant progress Thomas Laurent has made in his career".