Ferrari has teased an image of the new Le Mans Hypercar with which it will make a first bid for outright victory at the Le Mans 24 Hours in 50 years.

The rendering gives a hint of the look of the four-wheel-drive hybrid prototype with which the Ferrari factory will contest the full World Endurance Championship next year around the Le Mans assault.

The release of the first images of the Italian marque’s LMH came at one minute past 4pm on Friday, exactly 49 years on from the last factory Ferrari prototype taking the finish at Le Mans on 10 June, 1973.

Carlos Pace and Arturo Merzario claimed second place at the wheel of a Ferrari 312PB behind the winning Matra.

The Ferrari LMH “shows strong design references to the stylistic features that distinguish the models in the Prancing Horse range”, according to the statement from the Italian manufacturer.

Previous announcements from Ferrari about its factory return to the top flight of sportscar racing, which was confirmed in February 2021, did not include any images.

Friday’s release confirmed the testing timeline for the new car.

It “will begin its first development tests in the coming weeks”, Ferrari said. 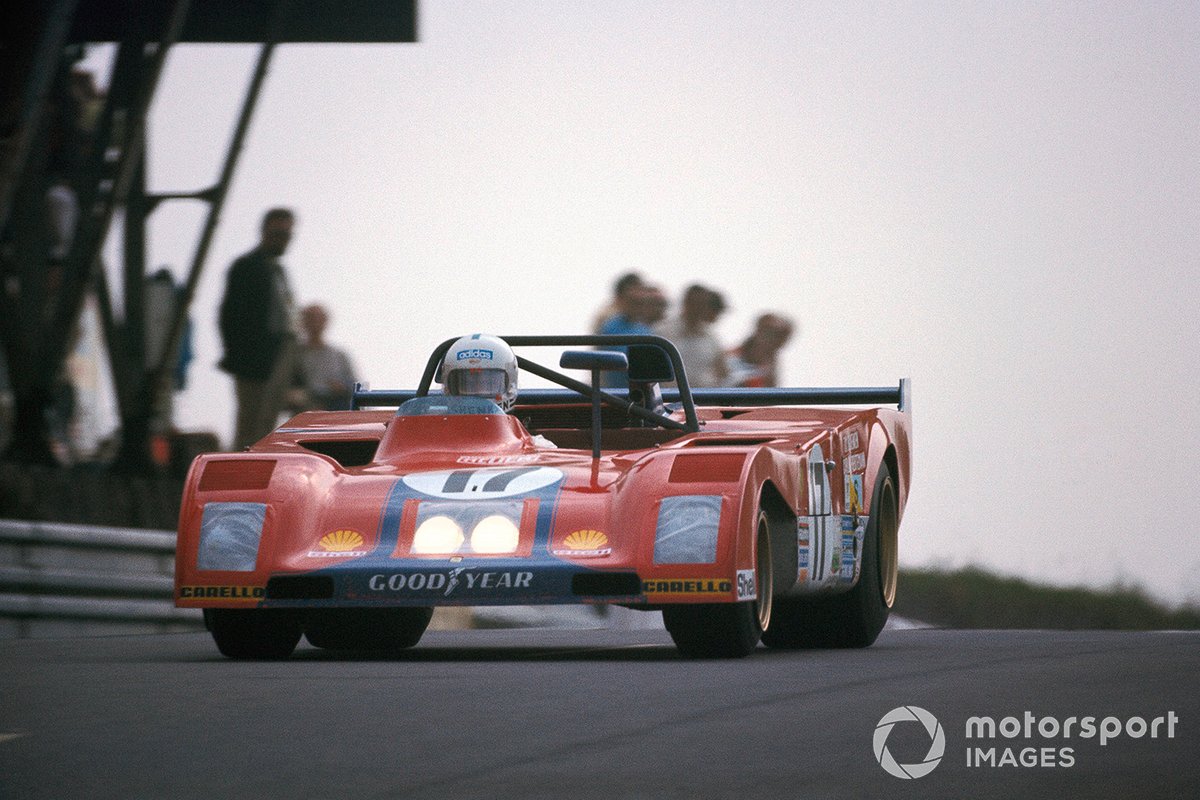 Antonello Coletta, who is heading up the LMH project in his role as boss of the Attivita Sportive GT department at Ferrari, told Autosport late last month that the car remains on schedule to begin testing in July.

First testing of the LMH will be undertaken by drivers taken from Ferrari’s GT roster, which includes James Calado, Alessandro Pier Guidi and Antonio Fuoco.

Ferrari will continue its collaboration with AF Corse on its return to the prototype ranks.

The Italian team has run Ferrari’s factory GT2 and GTE Pro programmes since the 2000s and has had a permanent presence in the Pro class of the WEC since the rebirth of the series in 2012.

Ferrari has yet to release technical details of the car except to confirm that it is a pure-bred racing prototype rather than based on a road car, the alternative route offered by the LMH regulations.

The full statement from Ferrari read: "10 June 1973, 4pm. The chequered flag waves at the last 24 Hours of Le Mans in which Ferrari were entered in the top class.

"Forty-nine years after that date, Ferrari unveils the first details of its Le Mans Hypercar with which it will compete in the FIA World Endurance Championship from 2023.

"The car, which will begin its first development tests in the coming weeks, shows strong design references to the stylistic features that distinguish the models in the Prancing Horse range.

"With just over a year to go until the centenary edition of the Le Mans 24 Hours in 2023, the countdown to the appointment with history, 50 years after that last participation, has officially begun."