Fernando Alonso has fully integrated himself with the Toyota World Endurance Championship LMP1 team and is now "one of the lads" at the squad, according to reserve driver Anthony Davidson

McLaren Formula 1 driver Alonso has replaced Davidson on Toyota's roster of WEC drivers for the 2018/19 superseason, although Davidson has remained part of the team's pre-season preparations, including at the official test at Paul Ricard.

Since Alonso turned his first laps in the TS050 Hybrid in last year's Bahrain rookie test, Davidson says he has observed a noticeable change in Alonso's demeanour as he has immersed himself in endurance racing.

"You can see from the first time he arrived on the scene in Bahrain to how he is now, he's become one of the lads," said Davidson.

"It's a very different relationship you have with your team-mate in sportscars compared to single-seaters.

"Dealing with all the different categories on the same track, you share those experiences together and you all have a good laugh about 'what happened with so-and-so?', or 'this car did that', or 'watch out for him!' 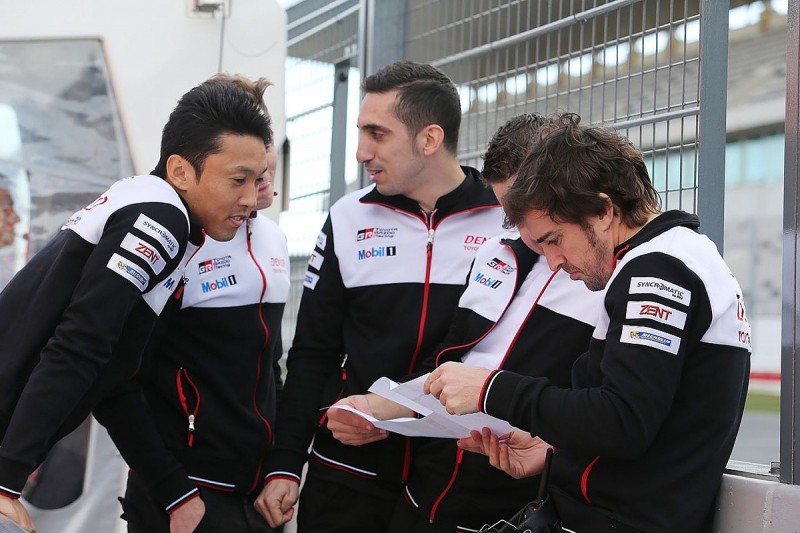 "There are experiences you can only share with people that drive the car with you, and introducing someone to that from clinical F1, I always enjoy."

"[In F1] it's eye for an eye, it's a cut-throat world and it has to be like that. In sportscars it's not like that, and it's that realisation that there's a whole different world out there.

"It opens your eyes as a driver, when you've had tunnel vision and focusing on the ultimate goal of F1, how ruthless and selfish you have to be. It's a different world here in sportscars."

Alonso "pushes us to do better"

One of Alonso's team-mates for the full WEC season, Jose Maria Lopez, said his presence at Toyota has acted as a motivational force amid a lack of factory LMP1 opposition.

"Fernando was impressive in all the tests we've done in the winter and of course for us it's a privilege to have him in the team, for us as drivers as well," Lopez told Autosport.

"He's quick, one of the best drivers in the world, he's already quick in the Toyota also.

"That's why he's a motivation for us as drivers, and for the team to have him. He pushes us to do better."