The Spaniard, confirmed by Toyota for the test late on Saturday, was sharing the #8 TS050 Hybrid with team regular Sebastien Buemi, who took the car out for its opening run.

Alonso then took over around 40 minutes into the two-hour morning session, largely lapping in the 1m44s and 1m45s before setting a best time of 1m43.709s in his penultimate run, completing a total of 37 laps.

That put him around 1.6 seconds down on the benchmark established by Buemi, 1m42.183s.

Bernhard posted the fastest time of the session early on, a 1m40.244s.

Third-fastest was the #7 Toyota, shared by Mike Conway and LMP2 star Thomas Laurent, with Conway setting the car's best time of 1m42.824s.

Laurent was the quickest rookie of the session with a best of 1m43.273s, around four tenths faster than Alonso. 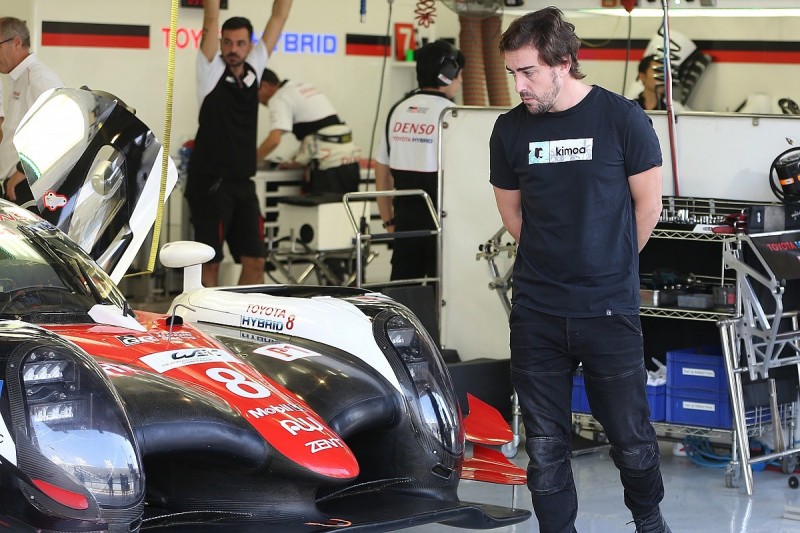 The LMP2 times were headed by Formula V8 3.5 driver Konstantin Tereshchenko, who grabbed the top spot in the closing stages with a 1m48.992s in the #28 TDS Racing Oreca 07.

That was enough to edge out Signatech Alpine regular Nicolas Lapierre by 0.003s, the Frenchman sharing the #36 car with Formula Renault driver Gabriel Aubry.

Matevos Isaakyan was third-fastest in the #13 Rebellion Oreca, having earned the drive after finishing as F3.5 runner-up to Fittipaldi in Saturday's season finale.

Alfonso Celis Jr, driving the #51 Ferrari after securing third in the F3.5 points, was third-fastest in class, a further second and a half back.

The sole GTE Am class car in action was the #61 Clearwater Ferrari, driven by Japanese gentleman driver Ishikawa Motoaki. 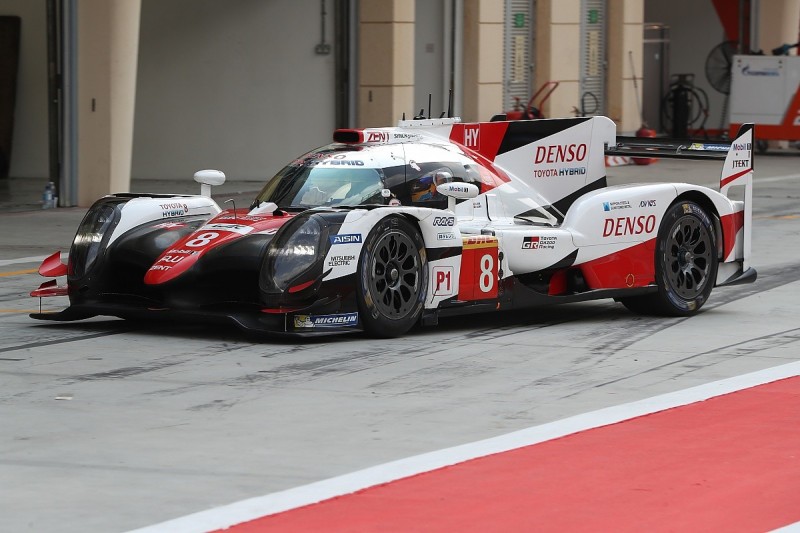