That was four tenths of a second off the best Toyota time from the 2018 test, when Rebellion was within 0.6s of Toyota.

The privateers now have eased fuel restrictions and the Toyota is running an extra 10kg of weight.

Alonso expects the picture to change in the race, when "everyone will be stronger than what we showed" in the test, and said the comparison of the 2018/19 Toyota times given the Equivalence of Technology tweaks showed his team "are always at the maximum".

But he was puzzled by the rest of the LMP1 form.

"What the other teams are doing is difficult to understand sometimes," Alonso told Autosport. "It's a question for them."

Buemi agreed that it was "certainly not easy to judge" LMP1 pace from the test.

"We depend a lot on traffic, so getting a clear lap is not easy," he added.

"Instead, we need to look at the sectors to get an idea. 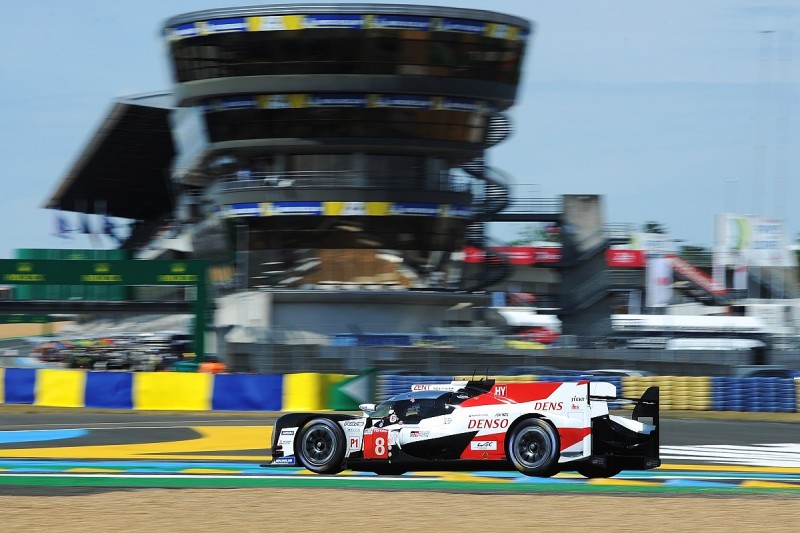 "Car #7 [the second Toyota] is close as always, even if it doesn't show on the lap times.

"For the rest, I don't know. It's a little hard to understand because we're very similar to last year and the others seem slower."

Alonso was pleased with the progress Toyota made during the test in the searing heat. Cooler weather is expected for the race.

Asked if Toyota had achieved everything it wanted to, Alonso replied: "More or less. There are still a couple of answers to be made on race week because I think the temperatures were very hot [at the test].

"We don't expect this kind of heat in the race, so maybe in terms of tyre selection and finetuning of the set-up it has to be made on the race week with the conditions we will find."

Toyota will stay at Le Mans for a Tuesday shakedown on the shorter Bugatti circuit.

On Sunday morning new recruit Brendon Hartley completed his mandatory five laps to qualify as a reserve driver for the team.