Porsche driver Kevin Estre has described his World Endurance Championship class victory together with Neel Jani at Spa on Saturday as "extremely stressful" despite their domination in GTE Pro.

The Frenchman revealed after the race that the factory Manthey team had twin concerns for the best of its 911 RSRs, which led all but nine laps of the Spa 6 Hours on the way to a 34-second victory over the AF Corse Ferrari 488 GTE Evo shared by Alessandro Pier Guidi and James Calado.

Estre had to pit early, 10 minutes before the end of the second hour as a result of a right rear tyre issue, which also afflicted the sister car shared by Richard Lietz and Gianmaria Bruni.

He and the team were worried about a repeat of the tyre problem and that the early stop would result in the car having to make an additional pitstop.

"It might have looked from the outside that we always had it under control, but it was actually extremely stressful," he told Autosport.

"We were really on the edge of having to make a splash [and dash pitstop] at the end of the race, which meant we had to do a lot of fuel saving because otherwise we weren't going to win the race.

"We were also worried about the right rear, so we had to be a little bit safer out on track.

"You can't avoid using the kerbs at Spa, so it was more about staying off them when the pressures were low at the restarts and we also ran the pressures a little higher after the problem." 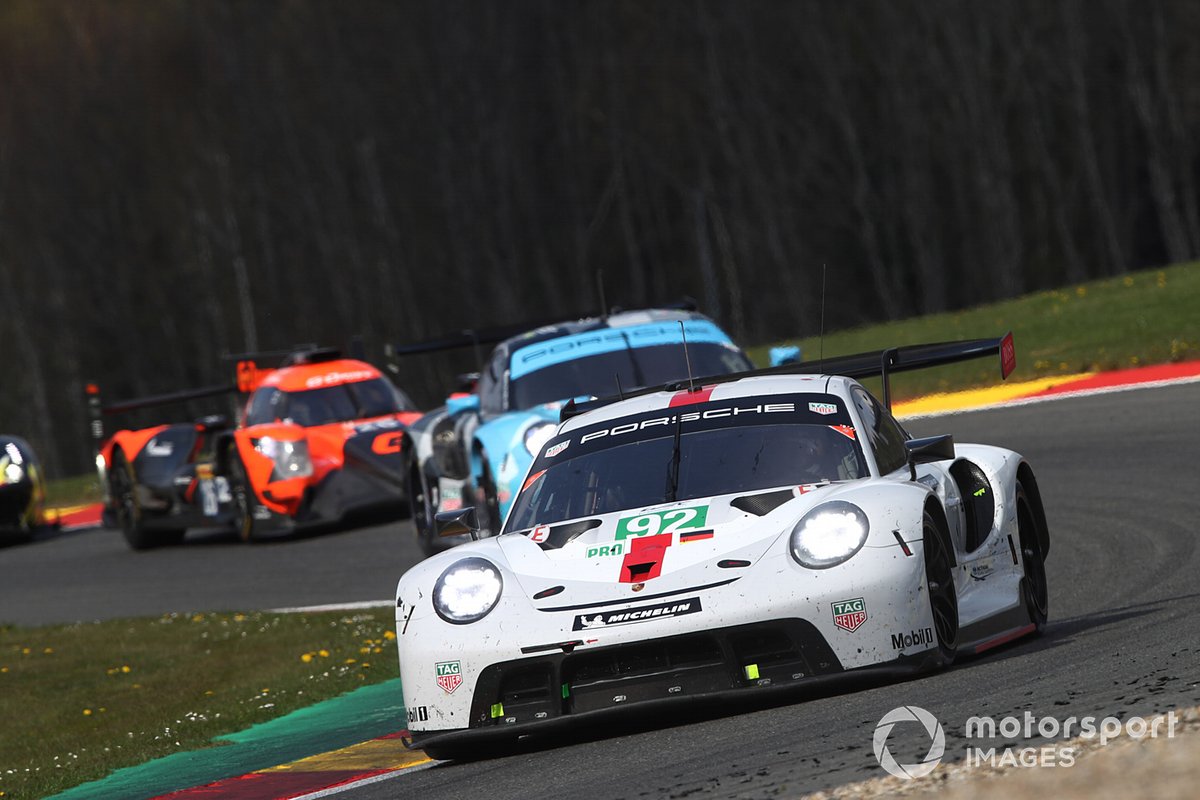 Estre explained that a full-course yellow virtual safety car late in the fourth hour "came at just the right time" for the class-winning Porsche.

"Everyone took it to come into the pits, so it reset the field and put us all on the same strategy — that was the key for us," he added.

Estre claimed pole position in GTE Pro by more than a second and also set a new lap record in the race aboard what he described as "the perfect car".

"If we did the race again tomorrow, I wouldn't change a thing on the car, and there aren't many times you say that," he said.

"The car was fantastic all week; the team prepared very well through the Prologue [the pre-season test on Monday and Tuesday] and it paid off."

Estre raced into a clear lead at the start of the race and was able to build an advantage before the first round of pitstops and was more than 20s up at the end of the first hour.

Jani maintained the #92 car's advantage over the chasing Ferrari through his first stint, but lost time as he saved fuel over the second half of his double.