Tommy Milner and Nick Tandy say they are delighted to have kicked off Corvette's tenure as a full-time World Endurance Championship competitor with a second-place finish at Sebring.

Milner and Tandy guided the #64 Corvette C8.R to second in the GTE Pro class in a Sebring 1000 Miles that was red-flagged three times, losing out on the win only to the #92 Porsche 911 RSR of Kevin Estre and Michael Christensen.

Prior to the first red flag, caused by Jose Maria Lopez’s heavy crash in the #7 Toyota, Milner was running 17 seconds clear of the two factory Porsches, which were both penalised for infringements relating to the start procedure.

Following the first restart, a damaged driver’s side door – the result of contact with an LMP2 car – delayed Milner’s handover to Tandy and dropped the Corvette to third, although a subsequent slow stop for the #91 Porsche of Gianmaria Bruni and Richard Lietz allowed the C8.R to move back up a place.

Milner was back in the car for the final part of the race, running 35 seconds in arrears of the winning Porsche and just five seconds clear of the #91 car when the race was stopped a second time with around an hour to go due to thunderstorms.

Although Corvette stood to take the restart directly behind the #92 Porsche, the race was then stopped again and abandoned early.

“It definitely was a weird race with the red flags,” commented Milner.

“The first one really hurt us and put us on the back foot a little bit with strategy. The second one probably was going to help us slightly to help us close the gap to the leader. 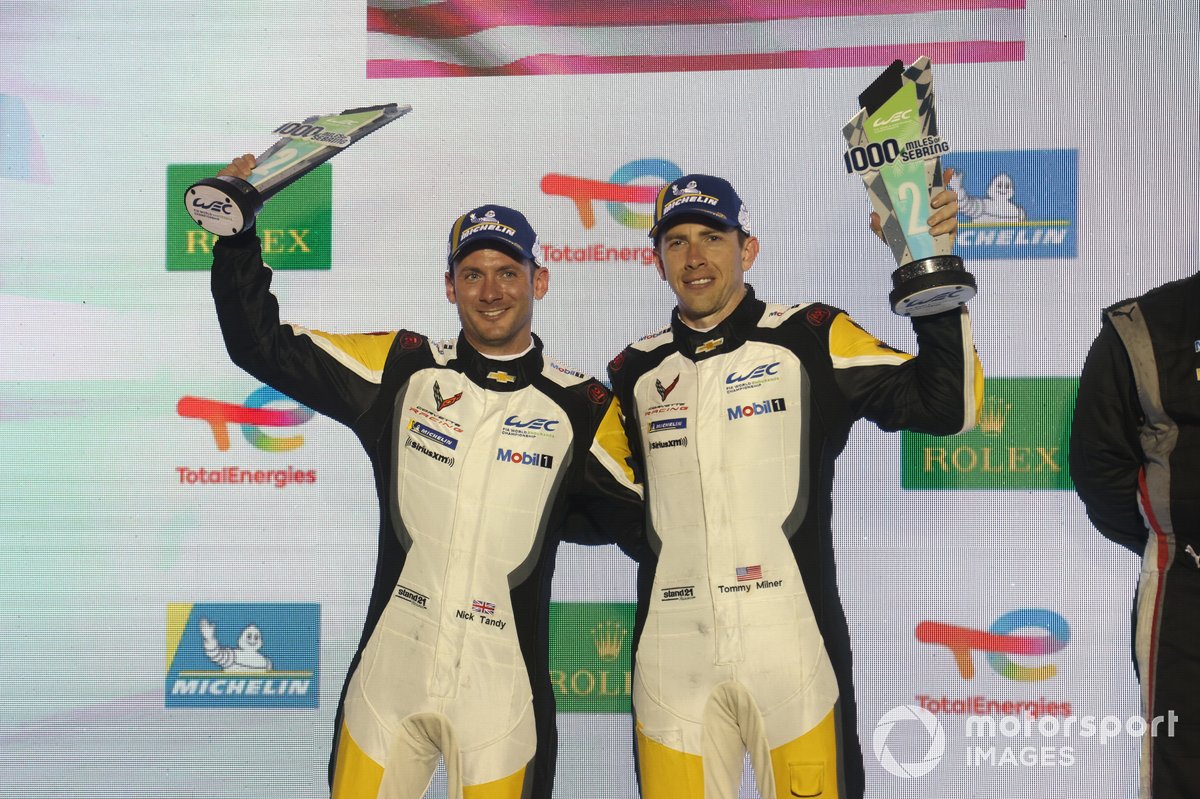 “All things said, I was really happy with second place. My first double-stint was going OK until the first red flag.

“We were really sitting ducks big-time there with the other cars on newer tyres.

“My last stint felt a lot better. I was able to hold the #91 off and stay ahead of him. That was the race for second on the podium. We’re happy with that.”

Tandy, who set the fastest race lap in class of 1m57.374s, said he was “really pleased” with the Corvette’s performance against rival GTE Pro manufacturers Porsche and Ferrari.

“More importantly [than finishing second] this was a competitive showing,” he added.

“I’m very pleased with the team, the car, the work we’ve been doing with Michelin and everything else.

“Today the luck didn’t play out in our favour. We had a good strategy with double-stinting tires; we were a bit off-sequence on fuel strategy and the red flag hurt us.

"At that point, it looked like we could be fighting for fourth. To finish up P2 is a very pleasing start.”

Porsche driver Estre admitted that the fact the #92 was short on fuel heading into the final hour meant there was no guarantee of the win, despite team-mate Christensen holding a healthy lead at the time. 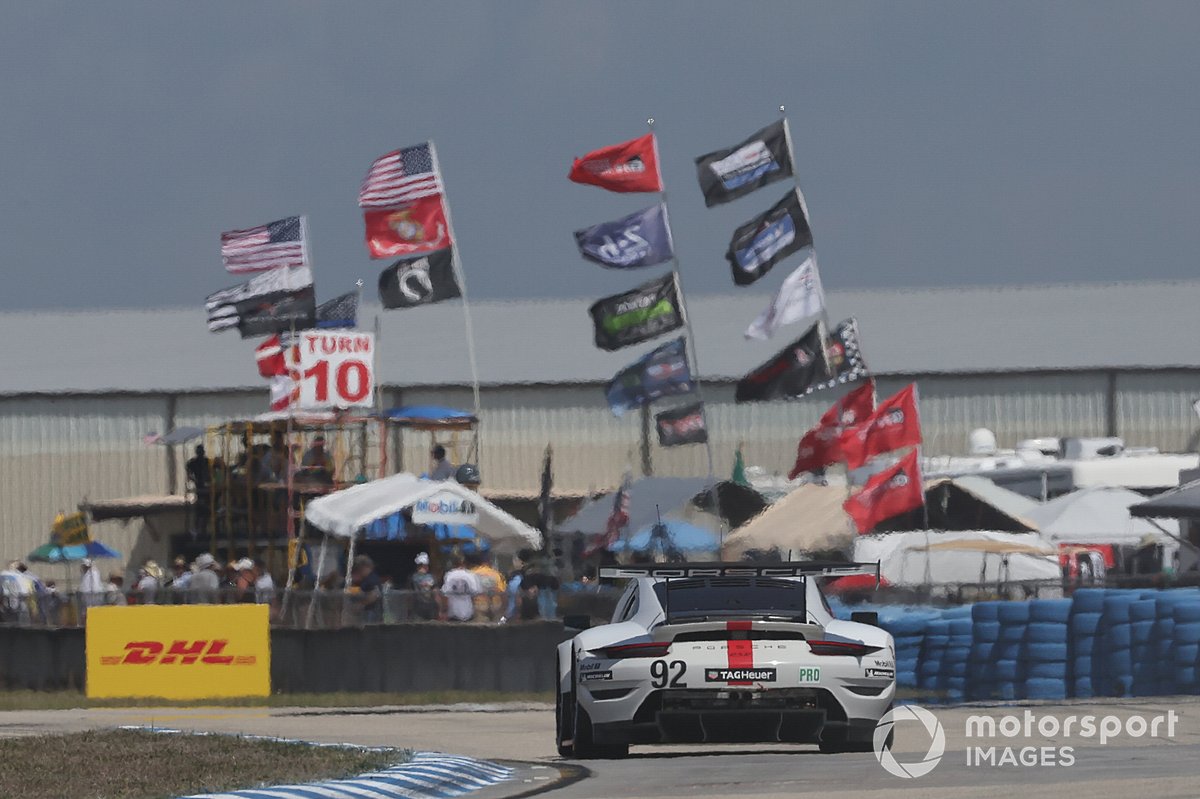 “We knew we were not going to finish it on fuel from the first red flag, and the rain was going to come,” said Estre.

“So if somebody would have gambled on not pitting for wets and we pitted for wets, we could lose the race very quickly.

“We were a bit scared of that, but in the end we stayed where we were. Before the red flag we had a 35 second gap so I believe we deserved this victory.”