Michael Christensen says “if the world is fair” the 2021 GTE Pro title will go to Porsche after the controversial manner in which the 2021 FIA World Endurance Championship season ended in Bahrain.

Porsche was poised to clinch both the drivers’ and the constructors title in the GTE Pro for the second time in three seasons as the Bahrain 8 Hours headed towards a nail-biting finish, with Christensen holding a narrow lead in the #92 Porsche he shares with Kevin Estre and Neel Jani.

But with just the final 15 minutes to run, Christensen was spun around by Alessandro Pier Guidi in the #51 Ferrari going into the final corner, just as they were lapped by the #22 United Autosports LMP2 car.

Race control took action within a handful of laps, asking Pier Guidi to hand back the position to Christensen for causing an avoidable collision.

But the Ferrari driver carried on in first position and eventually took the chequered flag by just over three seconds, provisionally securing himself and teammate James Calado the drivers’ title.

With Daniel Serra and Miguel Molina finishing third in the other 488 GTE, Ferrari also clinched the manufacturers’ title provisionally from its sole title rival Porsche.

At the time of writing, no penalty has been handed to the #51 Ferrari in lieu of not serving its in-race sanction, or if stewards now consider the clash between Christensen and Pier Guidi as a racing incident.

“My point of view was that an LMP2 went on the inside on me, which on the way to the corner I tried to show I didn't want him by.

“Okay, in the end I let him by, braked normally and just before I had to turn in I got a massive hit from the rear and no chance to control the car.” 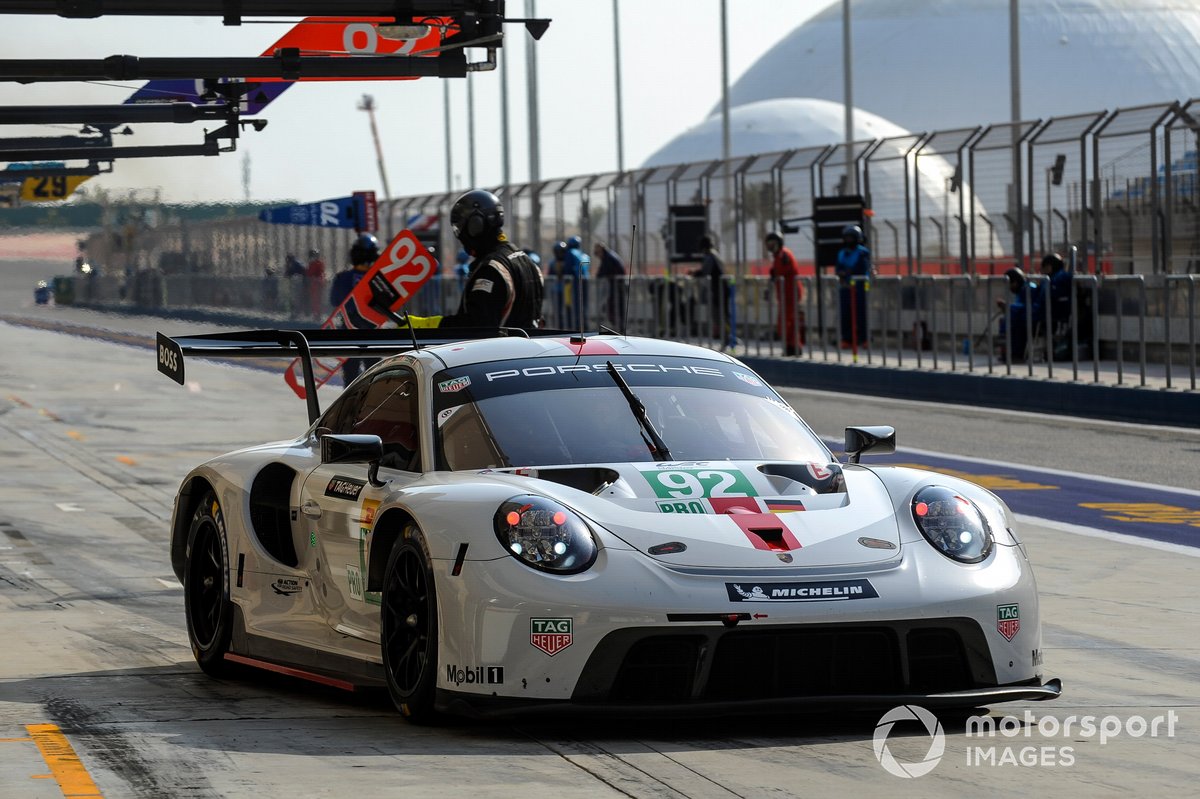 In his defence Pier Guidi said he slowed down to let Christensen through, only for the Danish driver to head to the pits for a splash and dash.

Pier Guidi himself took extra fuel in the Ferrari the following lap but did not concede the position to Christensen after returning to the track with his lead intact.

“I understand that this is not the way everyone would like to see the end of the race but to my point of view I couldn't do anything because he was trying to close so hard on the prototype, he blocked, we were very close,” said Pier Guidi of the incident with Christensen.

“He braked so hard in front of me, I didn't expect anything. Then they said 'wait for him' to give the position back. I was waiting a lot and then he pitted so I couldn't do anything.

“I was trying honestly to be as fair as I could but I didn't expect it. And I think with the blue flag you should give the position to the prototype, and nothing happens because we were fighting for another category. He braked so hard, I really couldn't do anything. I'm sorry for them but from my point of view I couldn't do anything.”

Christensen said he was close to making a scheduled final pitstop after the incident, but chose to head to the pitlane early to allow the Manthey-run Porsche squad to assess damage to his 911 RSR-19.

“We had to do a splash and dash but we went in immediately to check the car and it was clearly damaged in the rear but they assessed that and we continued till the end,” he explained.