Gianmaria Bruni accepts he's unlikely to be part of Porsche's 2023 LMDh programme and is willing to look elsewhere to contest the World Endurance Championship’s Hypercar category.

Bruni joined Porsche’s factory stable in 2018 after a successful stint with Ferrari that yielded three class wins at the Le Mans 24 Hours and consecutive GTE Pro titles in 2013 and 2014.

Since then, the Italian has become a key member of Porsche’s WEC effort, most recently helping the German manufacturer score its first GTE Pro class win at La Sarthe in four years this month along with Richard Lietz and Frederic Makowiecki.

However, while Porsche has picked Kevin Estre and Michael Christensen from its GTE Pro team to drive the 963 LMDh car next year, Bruni was absent from last weekend’s list of eight drivers signed for its factory campaigns in WEC and the IMSA SportsCar Championship with Penske in 2023.

Two more drivers are expected to be announced at a later stage as Porsche continues testing the successor to the all-conquering 919 Hybrid, but Bruni has all but ruled out having any role in the marque’s first top-line sportscar effort since the 919 LMP1 programme ceased in 2017.

“At the moment, no, I will not be involved, so I don’t know what the future holds,” Bruni told Autosport at Le Mans, prior to Porsche’s driver announcement and car reveal at the Goodwood Festival of Speed.

“I didn’t talk with the bosses yet so I didn’t think about what to do. In the next weeks we will see what are the options and what is the best option for me.”

Aside from the works Penske effort, several privateers will campaign the hybrid-powered Porsche 963 next year, with Jota and JDC-Miller already announced as the first customers for WEC and IMSA respectively.

Asked if he could potentially race a privateer Porsche should a factory drive not materialise, Bruni said: “For sure they will have [customers] but I’m not so much involved,” before adding that it would be an appealing option for him.

“Oh yeah, 100 percent,” he said. “This is what the category is made for, everyone can have the same car and fight for the wins.” 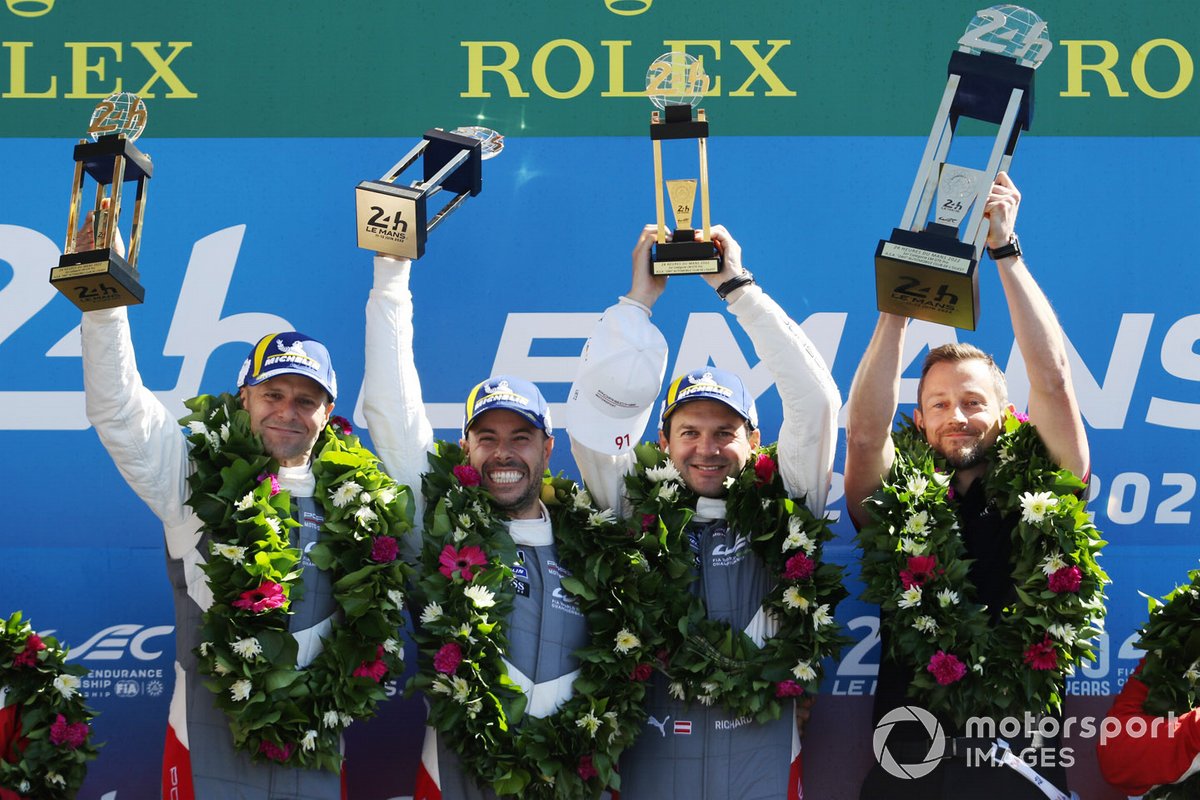 Porsche will be joined by Toyota, Cadillac, Glickenhaus and potentially a ByKolles-run Vanwall team in WEC’s Hypercar class next year, with Lamborghini and Alpine entering the fray in 2024.

BMW and Acura are also working on their LMDh challengers, but will both focus on IMSA’s equivalent GTP class next year.

Asked if he’d like to race in Hypercar for another manufacturer, especially as there are no shortage of options, 41-year-old Bruni said: “Of course it would be nice.

“Having gone from Formula 1 and single-seaters to GT, it might be nice to finish my career in Hypercar. But it also has to be a good package to do it.

“My first priority is Porsche, because I have been with them for the last five years, so I will first see what they think about it. And then I’ll go from there.”

Another driver absent from Porsche’s LMDh announcement was Bruni’s Le Mans 2022-winning team-mate Makowiecki, who has regularly joined the marque’s GTE Pro line-up for races longer than six hours since his last full season in 2017.

Makowiecki, who won the Nurburgring 24 Hours in 2018 with Manthey Racing, was the first driver to roll out the car at its Weissach facility back in January and has since completed a number of tests on proper circuits.

However, the Frenchman says he doesn’t know yet if he’ll be a part of Porsche’s 10-strong driver roster for WEC and IMSA next season, with just two seats now remaining.

“I have no idea about the future,” he told Autosport. “I'm just doing the development of the car.

"I will continue to be part of Porsche next year anyway, I’m lucky for that, and my bosses know what I can do. I trust them to make a good choice.”