The overall winner at Le Mans in 1999 believes it is already theoretically possible to build an LMP prototype powered by a zero-emissions fuel cell and that developments in the automotive industry will make it an attractive route for manufacturers in the future.

BMW Motorsport boss Jens Marquardt said: "It is something we have seen from a study point of view that is feasible.

"It would be a technology to consider for a race application in endurance racing and it is something we could look at in the future from a prototype point of view."

Marquardt, who described fuel cells in motorsport as "long-haul technology", revealed that BMW was maintaining a dialogue with the WEC rule makers, the FIA and the Automobile Club de l'Ouest, about the technology.

"We talked to both of them about fuel cells," he said. "This will continue; we are not closed." 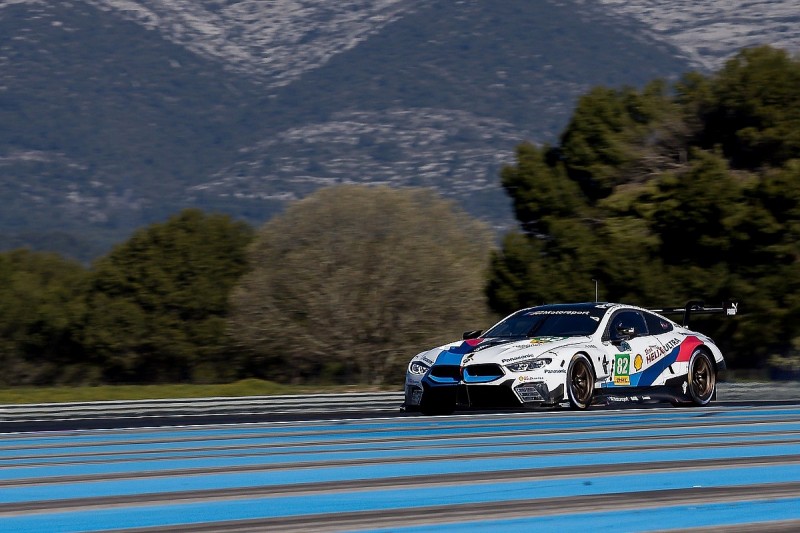 BMW evaluated making a return to the prototype ranks via the Garage 56 experimental entry slot at Le Mans with a hydrogen-powered car prior to its decision to enter the World Endurance Championship for the first time this season in GTE Pro.

"We did a concept study to check if it is possible or not, and we came to the conclusion that with a few constraints it is feasible," explained Marquardt, who said that developments in fuel-cell technology could remove those constraints as early as 2024.

"But to go into an environment like Garage 56 only makes sense when you also see that technology also happening on the road in two, three or five years.

"At some stage fuel-cell technology will be relevant to the road, but the timing of when it is going to happen is something we will have to see."

Le Mans organiser and WEC promoter the ACO appears to still have aspirations to allow hydrogen machinery, after first announcing its intention to do so in June 2016.

ACO president Pierre Fillon told Autosport: "We have our sights set on other engines for 2024.

"I'm probably not the only one who doesn't believe in battery-powered systems as the ultimate and comprehensive solution.

"We have a clear goal: from 2024 it should be possible to drive completely CO2-neutral at Le Mans — and that is only possible with certain technologies."

Audi suggested it had the technology to build a fuel cell LMP1 car just a few months prior to its decision to quit the category.

The GreenGT project was awarded the Garage 56 grid slot for Le Mans in 2013, but its H2 prototype was withdrawn before the race.