BMW has announced that it will return to the FIA World Endurance Championship in 2024 after shaking down its LMDh contender in Italy on Monday.

Having previously expressed interest in competing in the top class of the Le Mans 24 Hours for the first time since its 1999-winning V12 LMR challenger, BMW has now confirmed that it will be present in the Hypercar category of the WEC from 2024 with its BMW M Hybrid V8.

The LMDh car, which will race in the IMSA SportsCar Championship next year and is set to debut in January's Daytona 24 Hours, completed its first running this week at the Autodromo Riccardo Paletti. The circuit is located close to chassis partner Dallara's headquarters.

BMW last enjoyed a brief stint in the WEC during the 2018-19 superseason with the M8 GTE, before switching focus entirely to IMSA. It currently competes in IMSA's GTD Pro class with two Team RLL-run M4 GT3s, with Bobby Rahal's outfit confirmed as its works team to run the M Hybrid V8 LMDh.

Explaining the timing of its WEC commitment, Roos said: “Due to the very tight schedule for the LMDh project, the plan has always been to focus on one field of application in the first season in 2023. The IMSA series is perfectly suited for this.

“However, our mid-term goal was obviously to race on two fronts with the BMW M Hybrid V8, and also to use the major platform provided by the WEC and the 24 Hours of Le Mans.

“We are now working determinedly towards this, at the same time as our programme in North America. We took the next important step on Monday.”

BMW is the fourth different manufacturer to have successfully tested an LMDh car after Porsche, Cadillac and Acura, all of which will compete in the IMSA’s new GTP class next year along with BMW.

Works drivers Connor De Phillippi and Sheldon van der Linde alternated at the wheel for the Italian test, with further running to be conducted over the coming days. 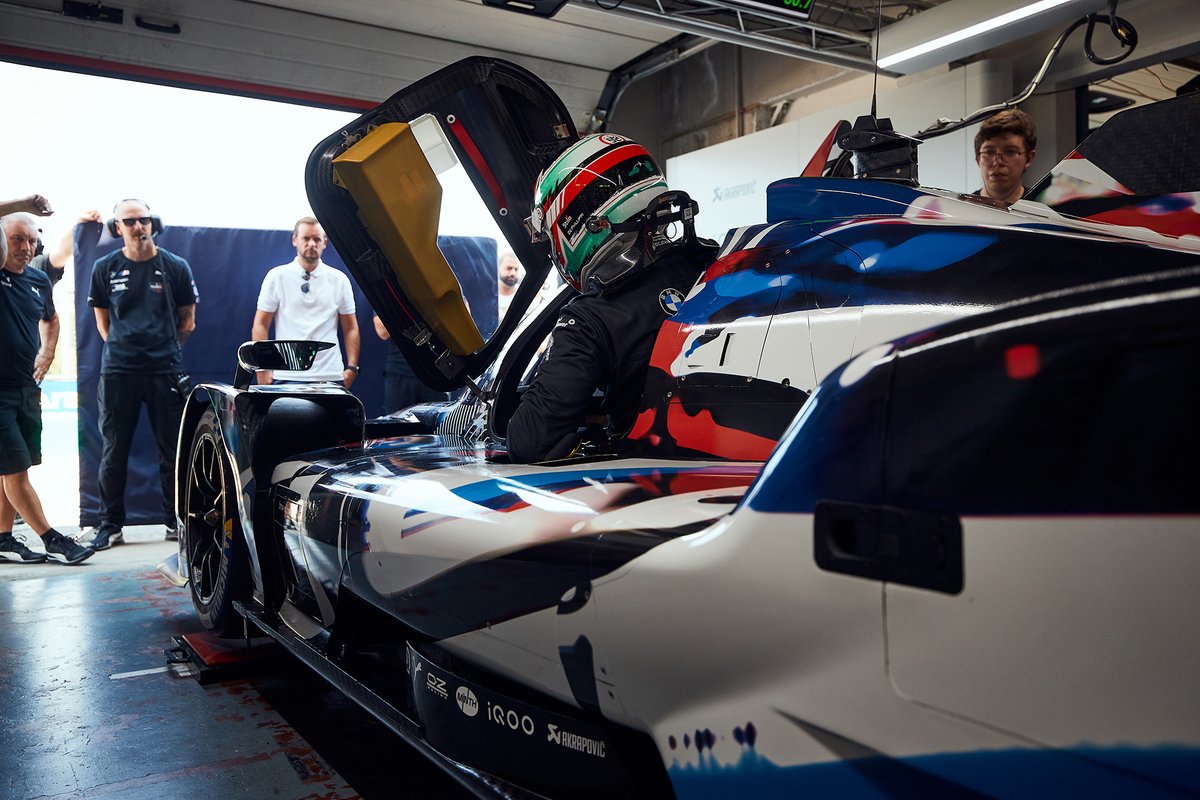 The German manufacturer said it has scheduled more tests in Europe over the next few months before it ships the cars across the Atlantic to begin IMSA-specific preparations.

As per regulations, it must take part in one of the two IMSA-sanctioned tests scheduled on 3-5 October at Road Atlanta and 6-7 Decemberat Daytona International Speedway to homologate its car for the new GTP rules.

BMW’s new prototype is based on the turbocharged version of the P66/3 engine that featured in its M4 DTM cars between 2018-19. The four-lite V8 motor has been mated to a one-make hybrid system built jointly by  Williams Advanced Engineering, Bosch and Xtrac.