Hanley will race for his third different team in three different WEC events in Germany next month, after he stood in for the injured Matthieu Vaxiviere at TDS Racing at Spa and contested the Le Mans 24 Hours for his regular ELMS squad DragonSpeed.

Hanley will join Roman Rusinov and Pierre Thiriet in G-Drive's #26 Oreca 07-Gibson, with Alex Lynn unavailable as he makes his Formula E debut for DS Virgin in New York on the same weekend.

"Ben Hanley proved himself in Spa and he is an excellent choice to substitute Alex Lynn for one race," Rusinov said.

"We also were talking to Antonio Pizzonia - we would have been happy to see him with us, but unfortunately he had other commitments."

Derani, who raced with the Ford GTE squad for the opening three rounds, joins Mathias Beche and David Heinemeier Hansson in the #13 Oreca, while United Autosports driver Albuquerque lines up alongside Bruno Senna and Julien Canal in the sister #31 car.

Elsewhere, Nicolas Lapierre returns to his regular Signatech Alpine squad after being loaned out to the Toyota LMP1 team for Spa and Le Mans, rejoining Gustavo Menezes and Matt Rao in the #36 Alpine entry.

The Tockwith Ligier squad bolsters the total LMP2 entry to 11, with Nigel Moore and Philip Hanson set to contest the Nurburgring race as a duo after being joined by Karun Chandhok at Spa and Le Mans.

Just five cars are entered in the LMP1 class as Toyota reverts to its usual two-car set-up, with Jose Maria Lopez returning to the #7 line-up alongside Kamui Kobayashi and Mike Conway.

Marco Bonanomi keeps his place in the ByKolles team alongside Oliver Webb and Dominik Kraihamer, after the Italian stepped in the #4 ENSO CLM at Le Mans to replace James Rossiter. 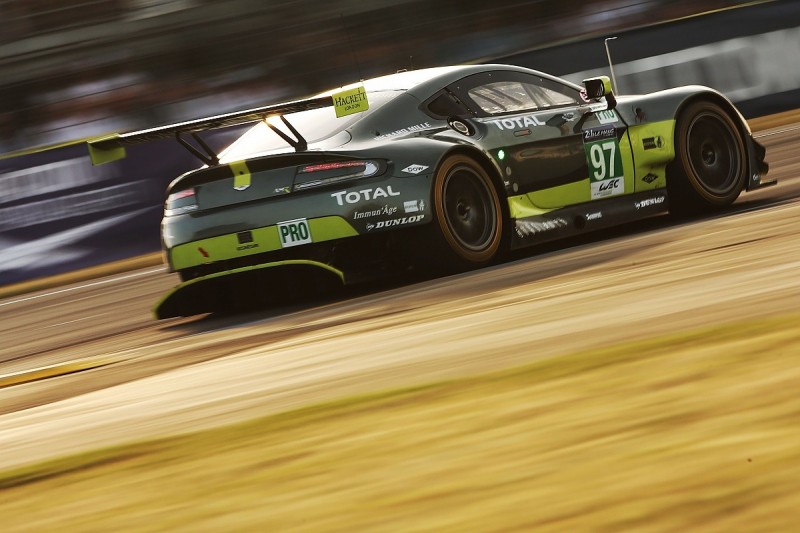 The #97 will therefore be the only car in its class with three drivers, as Ford drops to just two drivers for both of its entries.

Ferrari and Porsche both ran with two drivers per car at Silverstone and Spa, and Ferrari has drafted in Risi Competizione regular Toni Vilander to replace New York-bound Sam Bird for the Nurburgring race.

As at Silverstone and Spa, 13 cars are entered in the two GTE classes, bringing the total entry for the Nurburgring to 29 cars.