The gap of just over a second was more than double the 0.54s performance advantage held by the #7 car Lopez shares with Kamui Kobayashi and Mike Conway under the success handicap system.

The two Toyotas put in their quick laps right at the start of the 90-minute Friday morning session: Lopez recorded his time on his first flying lap and Nakajima on his fourth.

Racing Team Nederland headed the LMP2 times in the second of the trio of free practice sessions ahead of qualifying on Friday evening.

Nyck de Vries recorded a 1m49.601s right at the start of the session in the team's TDS Racing-run ORECA-Gibson 07 to end up more than a second and a half quicker than the Signatech Alpine ORECA.

Will Stevens took fourth in class with a 1m50.854s aboard the Jota Sport-run Jackie Chan DC racing ORECA. 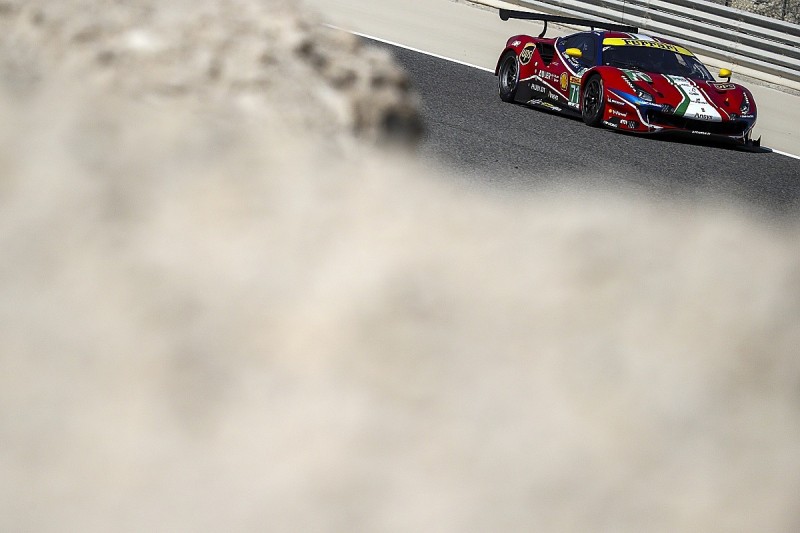 Ferrari jumped to the front of the GTE Pro order after bringing up the rear in the first period of free practice on Thursday.

The second Ferrari was a further four tenths back in Daniel Serra's hands with a 1m57.801s.

Aston Martin, which was quickest in class on Thursday, took fourth with a 1m57.900s from COVID-stricken Alex Lynn's stand-in Richard Westbrook in the best of its Vantage GTEs.

GTE Am was led by the Dempsey Proton Porsche in which series debutante Jaxon Evans posted a 1m57.773s.

The fastest of the Project 1 Porsche 911 RSRs was second with a 1m58.889s from Jeroen Bleekemolen.