Nick Tandy, who qualified the Chinese entrant's Nissan-powered ORECA 05 second in class together with Matt Howson, has had his best laptime deleted for a track limits violation.

That has resulted in the car dropping from second to third in the P2 grid order and behind the points-leading G-Drive Ligier-Nissan JSP2 of Sam Bird, Julien Canal and Roman Rusinov.

Tandy stayed out on track to set a second time because race control immediately indicated that his best lap was under investigation.

This was seventh tenths slower than his original, which meant his and Howson's average dropped from 1m50.060s to 1m50.490s.

Howson and Richard Bradley, KCMG's full-season drivers, lie 13 points behind the G-Drive trio going into the final round of the championship.

PENALTY SHAKE-UP IN GTE PRO TOO

AF Corse Ferrari driver James Calado had his fastest lap scrubbed out for the same violation, meaning that he and team-mate Davide Rigon have lost their second on the grid in GTE Pro.

Because Calado only set one representative laptime, the second of the two AF Ferrari 458s will drop to the back row of the grid

The Ferrari of Calado and Rigon, who are the closest pairing to GT points leader Richard Lietz from Porsche, will start from penultimate position ahead of the #88 Proton Porsche that failed to complete a lap. 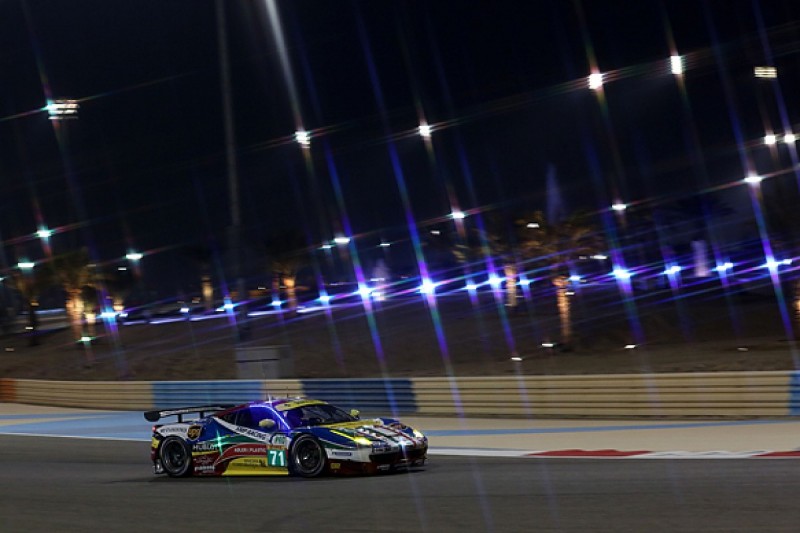