The #8 Audi R18 e-tron quattro again headed the times with a 1m47.235s from Loic Duval during the 90-minute night session.

That put the him 0.095 seconds up on the 1m47.330s set by Andre Lotterer in the sister car, which stopped running early in the session with an undisclosed problem.

The best of the Porsche 919 Hybrids was more than seven tenths off the pace with a 1m47.959s from Brendon Hartley, which put it just over a tenth up on Neel Jani in the sister car.

Sebastien Buemi was just four hundredths behind in fifth place aboard the fastest of the Toyota TS050 HYBRIDs.

The ByKolles CLM-AER P1/01 was the quickest LMP1 privateer, Oliver Webb's 1m54.361 putting him nearly four tenths up on Alexandre Imperatori in the Rebellion-AER R-One. 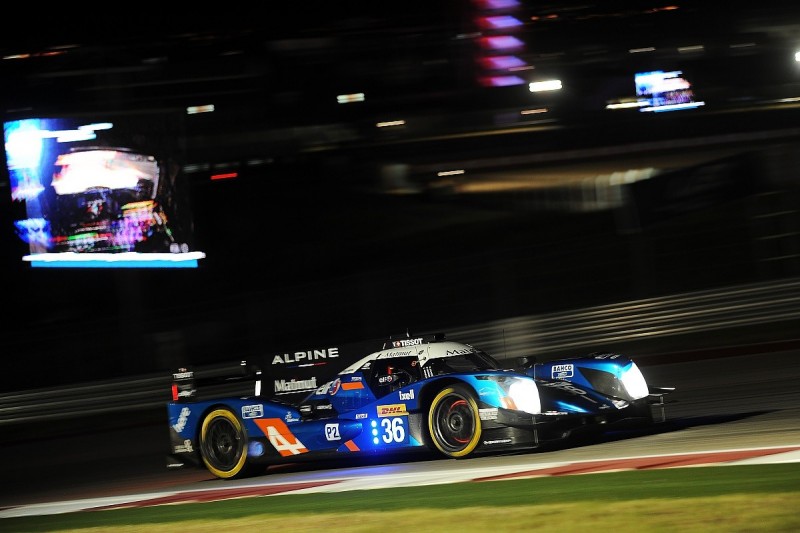 The LMP2 championship-leading Signatech Alpine ORECA-Nissan 05 topped the class leaderboard with a 1m56.318s from Gustavo Menezes.

That put him two tenths up on the RGR Sport Ligier-Nissan JSP2 driven by Bruno Senna.

Ford was again quickest in GTE Pro, Stefan Mucke setting a 2m04.714s to end up seven tenths up on Nicki Thiim in the best of the Aston Martin Vantage GTEs.

Pedro Lamy was quickest in GTE Am for Aston Martin.