The statement from Audi announcing its exit from the prototype arena at the end of this year after 18 seasons highlighted its Formula E entry with Abt-Schaeffler and a desire to focus "on things that would keep Audi competitive in years ahead" as a road car company.

ACO president Pierre Fillon said the organiser of the Le Mans 24 Hours and the FIA, with which it jointly runs the WEC, had set a course to "stay at the forefront of innovation, while offering the best possible platform for new technologies for the cars of tomorrow".

"Hybrid technology and electric motors are already part of our daily lives in endurance racing," he continued.

"The changes to the technical regulations towards hydrogen-electric power [due to be announced next year] respond straight away to the energy requirements of this new era."

Fillon also expressed regret at Audi's decision and paid tribute to the marque's achievements, which include 13 wins at Le Mans.

"It was with emotion that we all learned this morning about Audi's decision to withdraw from endurance racing," he said.

"Although prepared for this, we regret the departure of a major figure in endurance racing for a different adventure.

"Present at Le Mans since 1999, the German firm has written some of the finest and strongest pages in the history books for the 24 Hours and, more recently, the WEC."

WEC boss Gerard Neveu, who also expressed regret, added: "One manufacturer is leaving, others will soon be arriving.

"This is the life of a championship." 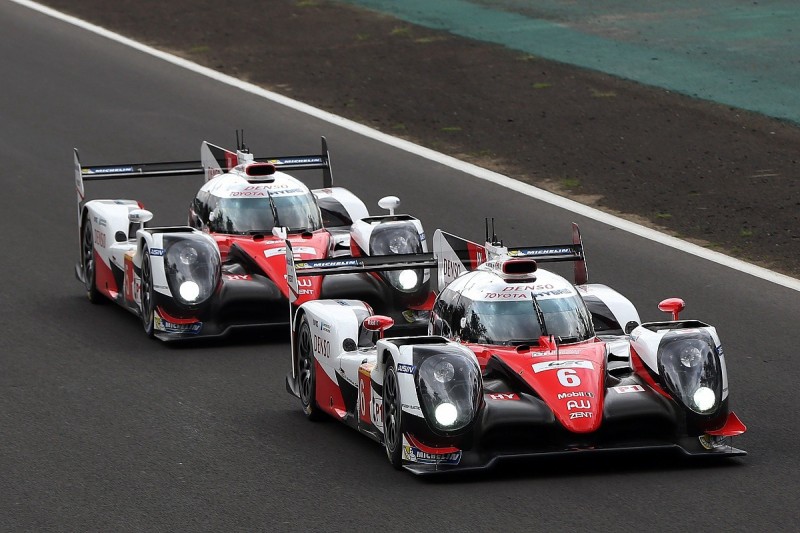 Audi's withdrawal from the WEC will have no affect on Toyota's participation in the series.

A statement from Toyota said: "We are preparing for 2017 when we will return with the target of winning Le Mans and the world championship."

The Japanese manufacturer committed to the WEC until at least the end of 2017 in March of last year.

The statement also praised Audi as "a strong and sportsmanlike competitor" and stressed its role in "establishing the WEC as one of the fastest-growing, most innovative championships in motorsport".