Aston Martin will not treat the 2018/19 World Endurance Championship 'superseason' as a learning year with its new Vantage and can "win from the outset", says long-time driver Darren Turner

The successor to the previous generation Vantage, which dated back to 2008, Aston Martin's latest GTE car features an AMG-Mercedes twin-turbo engine and will run on Michelin tyres, having been the only GTE Pro manufacturer to run on Dunlops for the past two seasons.

Turner said the Prodrive-run AMR team would be well-prepared for the new season that commences in May next year at Spa, despite the team's switch from a normally-aspirated engine meaning "everyone is on a learning curve".

"I don't think we're looking at it as a learning year, we've got to make sure that we've done as much learning as we possibly can before the season starts," Turner told Autosport.

"Certainly we're not going to Spa or Le Mans thinking a finish is going to be good. We're there to win from the outset.

"There's so much focus on the testing programme that we shouldn't have any excuses, I certainly don't sit here thinking we'll have that excuse that it's a new car." 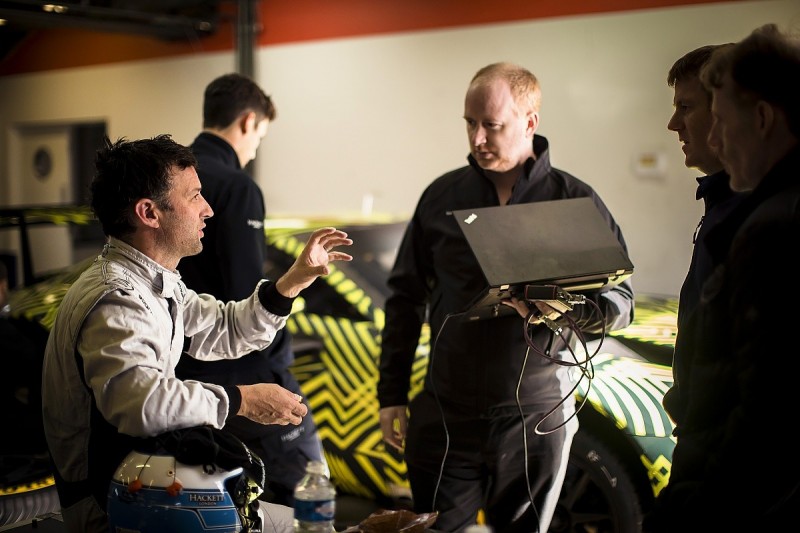 Aston Martin won the WEC GTE drivers' and teams' titles in 2016 and won the Le Mans 24 Hours this year with its ageing Vantage, but Turner is confident the new car is "already a good step forward" on the outgoing model.

"It already feels like a significant step in the right direction, I think everybody is really pleased with how progress is being made," Turner said.

"Even that first test day at Turweston Airfield was very encouraging and showed what the potential was going to be.

"Hopefully by the time we get to Spa next year we will be on top of what we need to understand to make sure that we continue to stay reliable, but also for us to maximise [the engine's] potential within the sort of package that we've got."

A change in regulations limiting teams to four sets of tyres over a race distance affected Aston Martin more than most of its GTE Pro rivals in 2017, with wins at Le Mans and Mexico marking its only podium finishes of the year.

Turner explained that the switch to Michelin would remove a possible variable against Aston's opposition as the team learns its new package.

"[AMR] want to try what Michelin have got to offer and to make sure that we are on par with every other manufacturer," said Turner.

"If we had stayed with Dunlop, the performance may have been the same, you just don't know.

"But what we can't have with the new car is the situation where it is an unknown and we need to know where our car is."