Next year's Vantage GTE is based on the existing chassis, but new freedoms in the rules mean mean new bodywork for the car.

Aston Martin Racing boss John Gaw told AUTOSPORT: "It is significantly different: the splitter is new, the fenders are new, the bumpers are different and so are the doors, and underneath it is different, too."

The new Vantage also runs, as per the rules, an extended rear diffuser, which is allowed to protrude 100mm beyond the rear of the car. The rear wing can also be moved back this amount.

It incorporates safety changes as well, including a roof hatch for driver extraction.

Because the chassis remains the same, existing GTE-spec Vantages will be able to be upgraded for next season.

The new GTE rules allow more freedom in the design and build of the cars by specifying performance windows for weight, engine and aerodynamics in which each car must fit.

This will make the different concepts of car from each manufacturer easier to balance, as well as increasing performance.

The latest Aston undertook its FIA Balance of Performance test at the Ladoux proving ground in France on Thursday and Friday this week.

AMR has also announced upgrades for its GT3 and GT4 Vantages.

The GT3 Vantage has the cylinder heads and camshaft from the latest-specification Aston Martin V12 for improved efficiency and durability.

A revised cooling system will aid performance when the Aston is running in traffic. 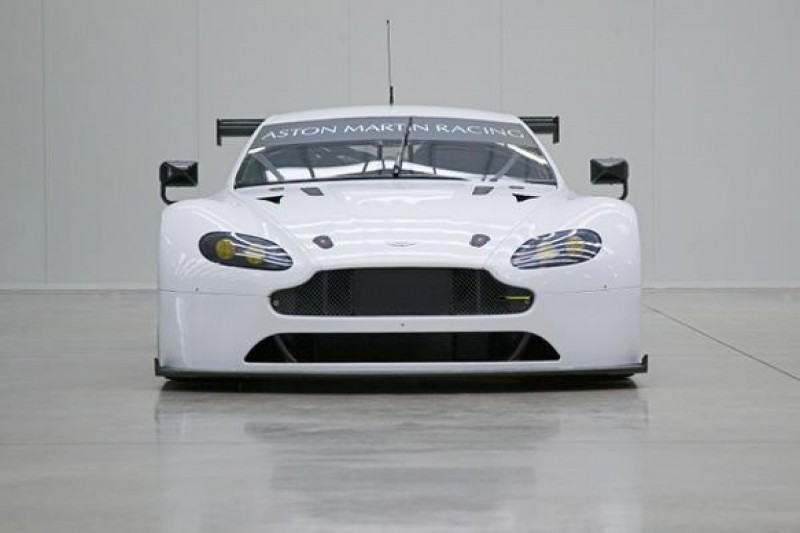