The lead Aston Martin will run in a one-off, art-car livery at next month's Le Mans 24 Hours

The #97 entry driven by Darren Turner, Stefan Mucke and Rob Bell will compete in a special livery that will be unveiled when the five Aston Martin Vantage GTEs go through scrutineering on the Monday of race week.

Aston Martin Racing is not commenting on its plans, but it is understood that the livery has been conceived by a name artist.

The team ran a special Gulf livery, above, at Le Mans in 2013 based on the design of a competition winner.

This year, the #95 GTE Pro class car will run in the traditional AMR Gulf Oil livery and the #99 Vantage in the colours of solar energy company Hanergy.

The two GTE Am entries will also run in Gulf blue and orange in the blue-riband round of the World Endurance Championship.

The re-liveried Aston Martin will race on the 40th anniversary of the first of a line of BMW art cars to for Le Mans.

French amateur racer and auctioneer Herve Poulain competed in a BMW 3.0 CSL with a livery commissioned from late US sculptor Alexander Calder in the big race in 1975.

His initiative included an Andy Warhol design in 1979, below. 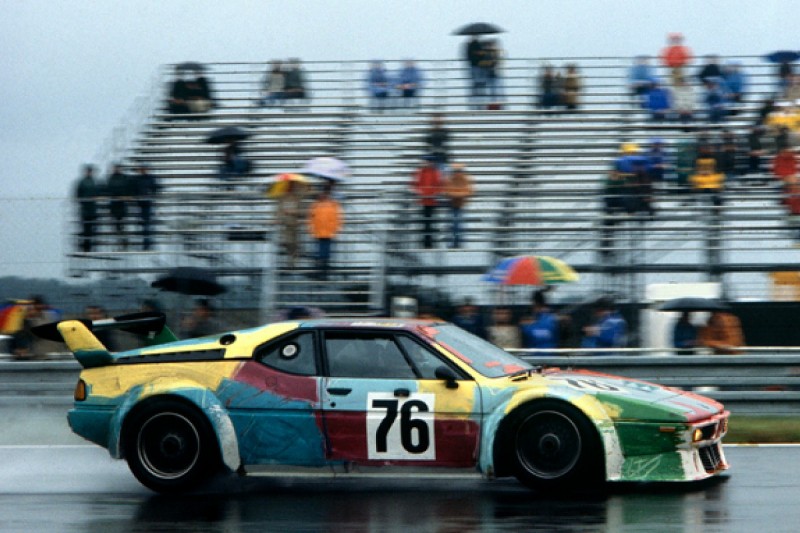