The all-new Vantage GTE has been given an increase in turbo boost ratios across its rev range, as well as a four-litre increase in maximum fuel volume for the World Endurance Championship showpiece.

Porsche, which locked out the top two spots in class on the test day, is the only one of the six cars in the Pro category with an unaltered BoP for race week.

BMW's M8 GTE and Ferrari's 488 GTE Evo have been handed small turbo boost ratio increases, while the Ford GT - which won the WEC season opener at Spa - has had a minor reduction. 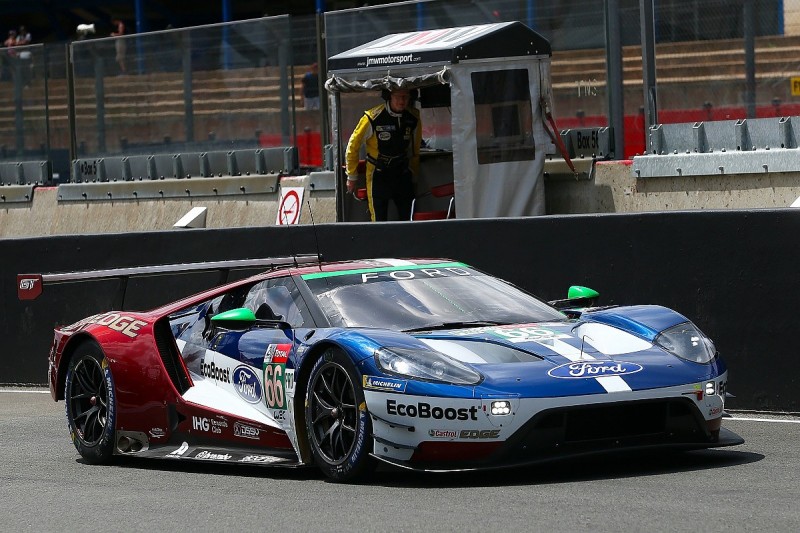 Ford has also had its fuel allocation reduced by two litres, but its minimum weight has been reduced by 13kg.

The BMW has had its weight increased by the same amount, as well as being hit by a four-litre reduction in fuel allocation.

Corvette's C7.R has been handed a 10kg weight increase.

In the GTE Am class, the old-generation Vantage has been given a two-litre fuel increase, while the Porsche 911 RSR and Ferrari 488 GTE remain unchanged from the test day.