The partnership between Arden International Motorsport, which has programmes in GP2, GP3, Formula Renault 3.5 and MSA Formula, and Jota Sport, which is expanding into the World Endurance Championship next season with an LMP2 programme alongside its continued participation in the European Le Mans Series, is designed "to help continue to develop the careers of young, talented drivers".

Arden general manager Julian Rouse told AUTOSPORT: "This could help provide opportunities in sportscars for the young drivers we are bringing through.

"Ultimately we are tasked with helping drivers forge professional careers and this gives us an extra dimension that can only strengthen our profile.

"The tie-up gives us a much stronger position in the industry; the arrangement could encompass the commercial and engineering fields, as well as a sharing of resources."

Jota Sport co-owner Sam Hignett explained that the link-up could result in Arden drivers taking seats in both the ORECA-Nissan 05 LMP2 coupe it will run in the 2016 WEC and the existing Gibson-Nissan 015S it will retain for next year's ELMS. 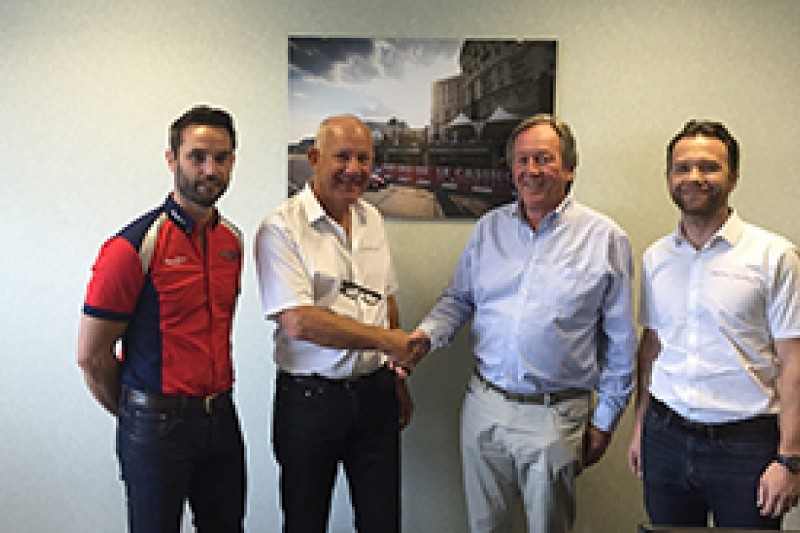 "The idea is to ease the transition of drivers Arden are already working with into sportscars," he said. "Some single-seater drivers perceive it as a completely different sport.

"This gives drivers already racing for Arden another avenue in which to continue their careers and also means we can go into the market together to look for drivers."

The deal will mean there will be cross-branding between the two teams' cars in 2016.

"There will be visibility for Arden on our sportscars and Jota Sport will be on their single-seaters," explained Hignett, pictured with (left to right) Rouse, Jota co-owner David Clark, and Arden team principal Garry Horner.

Jota has a history of bringing drivers into sportscars from single-seaters.

It gave McLaren Formula 1 test and development driver Oliver Turvey his first chance in prototypes in the ELMS in 2013 and has run Harry Tincknell, who was picked up by Nissan for its LMP1 programme this year, in each of the past two seasons.

Jota also brought GP2 driver Mitch Evans into its line-up for an assault on this year's Le Mans 24 Hours.

Kent-based Jota is expected to announce further details of its WEC campaign in the next couple of weeks. 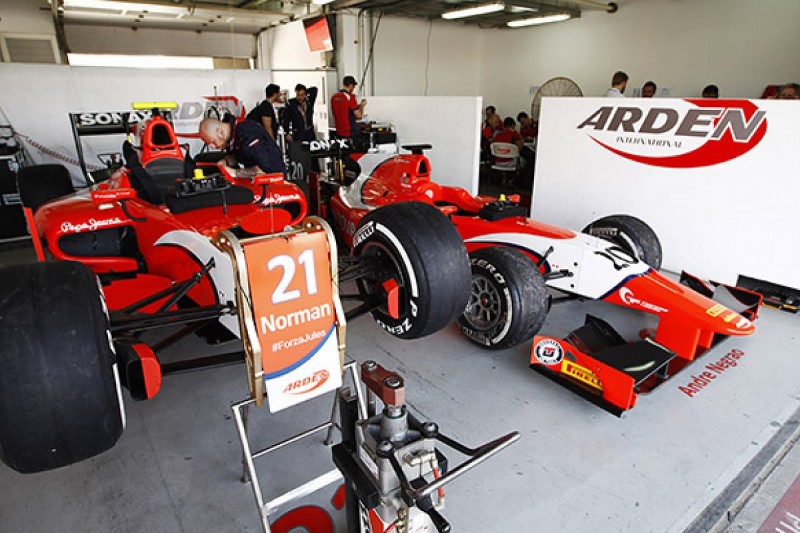